FAQ about the new Holiday Act 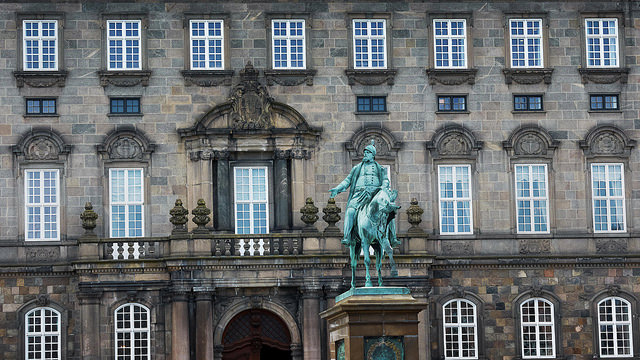 How does the new Danish Holiday Act affect you if you change jobs? And what happens to your holidays and the holiday supplement? Get answers to frequently asked questions here.

Disclaimer: This page has been automatically translated. It may contain grammatical inaccuracies, but the content is guaranteed to be correct.

The new Danish Holiday Act introduces concurrent holiday, which means that holidays are now taken at the same time as they are accrued. This means that you can take a holiday the month after it has been have been accrued. The new Holiday Act provides extra flexibility, and gives new graduates quick access to paid holidays. However, it also gives rise to many questions - you can get answers to them here.

What is the new Holiday Act?

For many years, accrued holidays were postponed, meaning that while you earned a holiday in one calendar year, the holiday was taken from 1 May the following year.
On 1 September 2020, a new Holiday Act came into force. The most important change from the new Holiday Act is that we go from the postponed to the concurrent taking of holidays.

What about the 6th holiday week (Extra holiday entitlements)?

The new legislation only deals with the 5 holiday weeks that are secured through the Holiday Act. If you are entitled to extra holidays in addition to the 5 weeks, also known as extra holiday entitlements, it is a good idea to contact your union representative or employer to hear how the extra holidays will be allocated in the future.The local rules in the workplace or in the collective agreement determine how these are accrued, held and paid out. In the absence of a general agreement in the workplace, it depends on what, if any, is agreed between employee and employer.

Briefly about the new Holiday Act

If you got a new job during the transition period

If you have found a new job during the transition period, your employer must settle earned holiday allowance to FerieKonto in connection with resignation.

When you take a holiday in your new job, you must request to have your holiday pay paid out on borger.dk in order to receive pay during your holiday.

If you have left the labour market during the transition period

If you retire from the labour market, holidays earned up to and including 31 August 2019 will be settled to FerieKonto in the usual way.

Holidays earned in the period 1 September 2019 up to and including 31 August 2020 will be settled to FerieKonto, which will then settle to the fund Lønmodtagernes Feriemidler. Please note that you can receive holiday pay from the Fund as early as 1 October 2021. Read about frozen holiday pay  further down.

If you resign at a time after 1 September 2020, when the new Holiday Act has come into force, holiday earned during that period will be settled in the usual way.

How can I get my holiday supplement paid out?

According to the Holiday Act, the holiday supplement is 1 per cent. of the salary during the vesting period, but it may be higher if this is specifically agreed via your employment contract or the collective agreement or personnel handbook to which you are subject.

What happens to my holiday supplement, which is higher than the Holiday Act's 1 per cent?

The Holiday Act only regulates the holiday supplement of 1 per cent.

What happens to my holiday money during the transition to the new Holiday Act? Are the 5 weeks holiday lost?

Your employer has paid your holiday pay (12.5 per cent of your salary) for the period 1 September 2019 - 31 August 2020 to the Fund Lønmodtagernes Feriemidler.

The money will be paid out when you leave the labour market.

What are my rights regarding holidays during maternity/paternity leave and illness?

If you have been ill or on maternity/paternity leave until the end of the holiday period, 4 weeks are transferred to the following period.

Holidays in excess of 4 weeks are paid out, unless you agree that this should be transferred.

What rules apply if I have been on maternity/paternity leave during the freezing period?

If you have been on maternity/paternity leave from 1 September 2019 - 31 August 2020, you must be aware that you did not earn holiday during periods when you were only on unemployment benefits.

Your employer has therefore only paid money into the Employees' Holiday Funds for the periods in which you have received full or partial pay.

If you have had maternity/paternity leave, where the employer paid partial salary, the holiday pay for the leave period is calculated at 12.5 per cent. on the basis of your usual salary for the last 4 weeks where full salary has been paid.

Read instructions on the transition to a new Holiday Act