How to network in Denmark 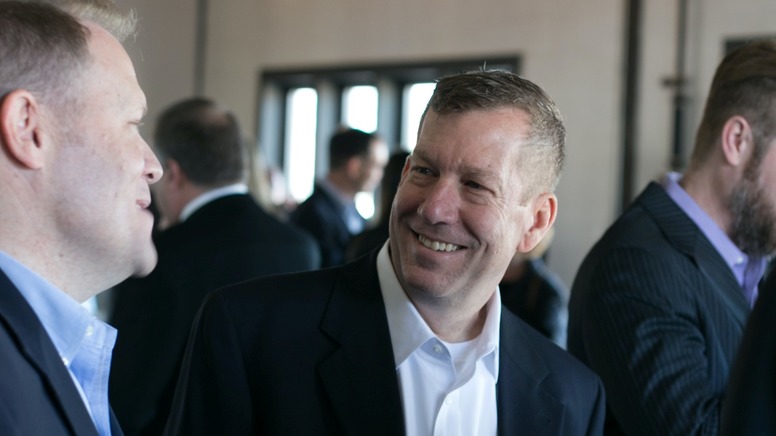 IDA asked networking experts, including Senior Careers Consultant Lise Dan, for advice about how to get the optimal output of the effort you put into networking.
The first thing to keep in mind is that you are already networking.
“Many think that networking is something new, but it is not. Any time we go and meet people, we are networking by getting to know people and engaging with them. What is new with what we call networking today is that we structure what we are doing”, Carina Heckscher says.
She is the owner of networkingekspert.dk, and has written a book about how to integrate networking into your everyday work life.

"What I mean by structure is that any networking should start with identifying your goal", Carina Heckscher adds.

Charlotte Junge, owner of the networking consultancy JUNGE, agrees. She has been teaching networking for more than ten years and believes that the engineer mind set is well-suited to networking activities, if the general mentality is not.

“If you are a "classic" engineer who is an introvert, then getting out of your comfort zone and meeting people can be difficult. You could, to a point, extend that to most of the Danish population. We are not great at going out and meeting people we do not know. This makes it extra important to know what you want to talk about and be prepared when meeting people. Instead of going in guns blazing, you should try to start with small talk and work your way towards your goal,” she says.

“A way of approaching networking is looking at it as an engineering project. Start by defining your goal, then identify what you need to do in order to reach it, identify how to achieve these part goals and finally identify what tools you need to use.”

When networking, there are certain tricks and methods you can use. For example, when meeting someone one-to-one, it is a good idea to have a semi-formal agenda ready.

“I recommend using an informational interview format for one-to-one meetings. Agree in advance what you want to talk about. This gives you a good starting point for a conversation,” Lise Dan says.

“If you are meeting people at a conference or network meeting, then remember the elevator conversation or presentation. You should be able to present yourself and your skills in the time it takes an elevator to get between two floors. Many people are not able to answer a simple question like ‘what do you do?’ in this sort of time frame,” Carina Hecksher adds.

“Danes are very fact-oriented. You could say that we are a ‘show it, don’t tell it’ nation, where it is more important to show what you can do with your skills than talking about what school you went to. This sort of measurable, quantifiable success is generally something that works well with engineers,” she says.

Getting out of the comfort zone

Generally speaking, meeting new people is something that fills you with trepidation. If this is the case, then working with a result sheet can be a good strategy.

“Someone once told me that the difference between an introvert and an extrovert engineer is that the introvert engineer stares at his own shoes when talking to you - the extrovert stares at your shoes. Of course, this is an exaggeration, but if you are shy about meeting new people, a checklist can be a good idea. For example, you can have a goal of talking to three new people at a conference, which keeps you going, even after you have talked to the first,” Carina Hecksher says.

Lise Dan recommends engineers to look beyond their usual circles when networking.

“While many are good at networking internally within the company and industry they work in, they forget to network externally. This is a shame, as it is a great way of getting inspiration and new input. I recommend at least two networking meetings with external sources a month. Instead of lunch, I think that the best way forwards is to have morning coffee. Leave home half an hour earlier and meet somewhere like a café. You will most likely come to work buzzing with new ideas,” she says.

Another thing that makes you a good networker is to challenge the Danish idea of being able of doing everything on your own.

"Ask questions and ask for help – and be ready to give it when your network wants it. It also works well with Danes, who you can ask to make sure that things you are working on comply with Danish standards and rules. Plus, it is important to remember that networking is all about give and take,” Charlotte Junge says.

Where should you network?

Networking means interacting with other professionals, and that raises the question of what the optimal channels are for reaching them.

“Danes might be late-comers to the party, but they have started using LinkedIn more, and it is a very good place to start. I would say that analyzing your network here, finding out who you know and where they work, and joining the right groups – as well at conferences and face-to-face networks - is a very good beginning for most people,” Carina Hecksher says.

“Danish Engineers generally love to be involved in groups where they can focus on ‘nerdy’ interests, so finding them gets you talking to members of the right industries very quickly. Another thing to remember about LinkedIn is the sharing function. If you have published articles, then do not be afraid to share them,” she adds.

For Charlotte Junge, IDA is probably the best place for foreign engineers and engineering students to begin their networking.

“As a foreigner, you usually start off not knowing that many Danes, but professional networks where you get to meet face-to-face are a great place to begin. They offer you a chance to meet in person, which is desirable when networking – especially the first time you meet someone – and in a setting where others can see your professional skills. I would say that the first thing you should do as a foreign engineer or student coming to Denmark is join as many of the IDA Professional Networks as you can,” she says.

Get an overview of the many networks you can join as a member of IDA - for free!
Go to overview.