The Danish model: Why it's important to belong to a trade union 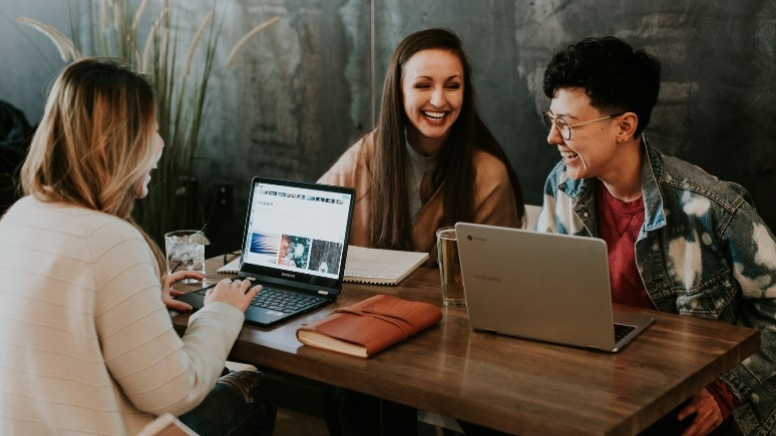 The Danish model is the unique Danish system for regulation of pay and working conditions on the labour market through collective agreements. Read more below and learn more about how and why the Danish labour market works.

Denmark has no legislation that dictates minimum wage or working hours. Moreover, firing employees is easy and cheap for businesses.

At first sight, this may seem like heaven for employers, but these two points are some of the pillars in "the Danish model". A model that has proved to be effective and just as beneficial for employees as for employers – and a model that people from all over the world come to Denmark to hear more about.

Even though no legislation dictates minimum wage, working hours, pension, maternity/paternity leave and other aspects of the labour market, this by no means implies that employers have free reins. Instead, this is where collective agreements between the traditional trade unions and employers' organisations come into play.

Basically, the Danish model builds on three pillars that are all fundamental for making the model work.

Another important point is the no-strike agreement between the parties in the period of the collective agreement.

In the following, you can learn about the most important aspects of the Danish model.

How is the Danish model structured?

The Danish model was established in the late 19th century, at which time the Danish labour market was characterised by dispute and conflict. In September 1899 – following months of major conflict – Danish employers and employees agreed to a settlement which, in addition to ending the conflict, in fact formed the basis for the future ground rules between the two parties.

Among other things, these rules meant that employers were granted the right to lead and distribute work, and in return employees were granted the right to organise in unions. In addition, the settlement, known as the "September Accord" outlined agreements on how the parties should conclude and terminate collective agreements, as well as warn and implement industrial action.

An important aspect of the Danish model – which still surprises many people – is that Denmark has no minimum wage. As far as possible, the state does not get involved in the regulation of pay and working conditions, as long as the social partners themselves are able to resolve the issues in a responsible manner.

Most countries regulate their labour market through legislation, and disputes are settled by the legal system. The Danish labour market is unique, because it's up to the trade unions and employers to agree on the conditions. Regulation of pay and working conditions takes place through collective agreements. Historically, this has proved useful as, compared to the state, the social partners are able to adapt the agreements quicker and better to individual sectors or businesses. In addition, employers as well as employees are more likely to accept conditions that they have helped stipulate.

Why organise at work?

Read IDA's booklet on workplace organisation to learn the benefits of setting up a company group or academic club at your workplace.

The Danish flexicurity model is often referred to as the golden triangle, and the Danish Ministry of Employment describes the three sides of the triangle as follows:

Why is the Danish model a success?

The Danish model is a success because it's cheap for Danish businesses to hire and fire employees. During upturns, businesses can hire employees when they need labour without having to worry about paying salaries for years after they have had to let people go in periods when business is slow.

Both employers and employees take advantage of this flexibility, and in Denmark about one third of all employees change jobs each year.

The flexible labour market also benefits employees in that it's easier for them to find a new job, because the job turnover is high and unemployment is low. At the same time, the system has a built-in safety net, as employees can sustain a relatively high income for a long period of unemployment or sickness. Moreover, the active employment policy offers jobseekers assistance in their job search and further education/training.

The flexible labour market also allows employees to move quickly up the career/salary ladder.
By far the majority of Danes have a permanent job. This also applies to younger generations. In contrast to many other countries, temporary jobs are not widespread in Denmark.

The Danish model with its "no-strike agreement", where trade unions do not go on strike and employers do not lockout, has also proved its worth compared with other countries, in which the labour market is more regulated by legislation. Strikes, industrial disputes and angry protests are rare in Denmark.

Why is the Danish model under pressure?

In many ways, the Danish model is an unwritten law that only works because the Danish government as well as employees and employers – often just referred to as the social partners – accept the ground rules.

Historically, the general public, employers and politicians have accepted the Danish tradition that areas such as pay and working conditions are not regulated by legislation and that Denmark has a high degree of organisation.

However, in recent years, several parties have expressed concern regarding the future of the model, and many people say that the Danish model is under pressure. Among other things, this is because an increasing number of Danes opt out of traditional trade unions and seek towards the cheaper so-called "yellow" unions or choose not to be in a trade union at all. Thus one of the three pillars of the Danish model – a high degree of organisation – has weakened.

The first yellow movements arose in France in the last half of the 20th century. These movements were organised by employers, and the members took on strike-bound work to help the employers.

Yellow unions have practically no collective agreements, nor do they have a right to negotiate with regard to establishing collective agreements. They profit on the results of the traditional trade unions. They forego the right to strike, and contrary to traditional trade unions, they do not divide their members according to sector, but gather them under one organisation.

A significant difference between the traditional and the yellow model is therefore that the traditional model rests on the shared interests within specific sectors. You are part of a group and you share your experiences with others. The traditional trade unions often have strong legal departments that can negotiate good collective agreements for their members and they act as watchdogs of these agreements.