There is a large gap between the average first salary of newly graduated female and male BSc and MSc engineers. This is the result of IDA's salary statistics. 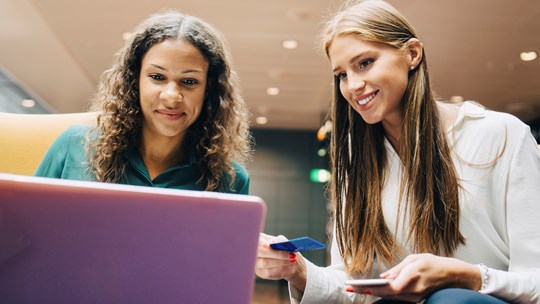 Morten Thiessen, the chairman of the employee council at IDA is not happy with these results, that women's average salary levels already lag behind men's at the very moment their careers begin.

“When we look at IDA-members employed in the private sector, we have for years been able to observe a pay gap of around 4 percent in the favor of men, which cannot be explained by industry, seniority or academic background. Unfortunately, the pay gap in the starting salary indicates that too many female graduates start working life lagging men in pay. And the larger the pay gap is from the start, the harder it will be to close that gap over time,” he says.

The key word is preparation. Morten Thiessen encourages all members to use IDA's tools for salary research, such as salary statistics and calculator, and contact employee/staff representatives in the workplace to talk and get a clear picture of salary levels so that they are not underpaid.

"It seems that women are too modest when it comes to salary negotiations. We know that male members contacting IDA advisors are often very focused on salary and career opportunities, while women are more focused on a healthy work environment and in fact, they have a healthier approach to work and the workplace. Both are important, but women should also adopt men's methods. You do not need to be a certified super user or expert to highlight some qualifications in your CV or interview. In that case, we know that men are less shy and quicker with improvising remarks,” says Morten Thiessen, who also points out that talking openly about salary at work is a powerful tool to promote equal pay.

“In many workplaces, all talk about salary can be particularly sensitive. It may be the leadership that creates a culture where all talk about salaries is taboo. We also know that many employees see salary as something very personal that you should not share with your colleagues. We need to change that culture, because salary transparency in all workplaces will further support equal pay,” says Morten Thiessen.

Salary for employees in the private sector, year 2019