"When my manager asked how I was doing, I broke down" 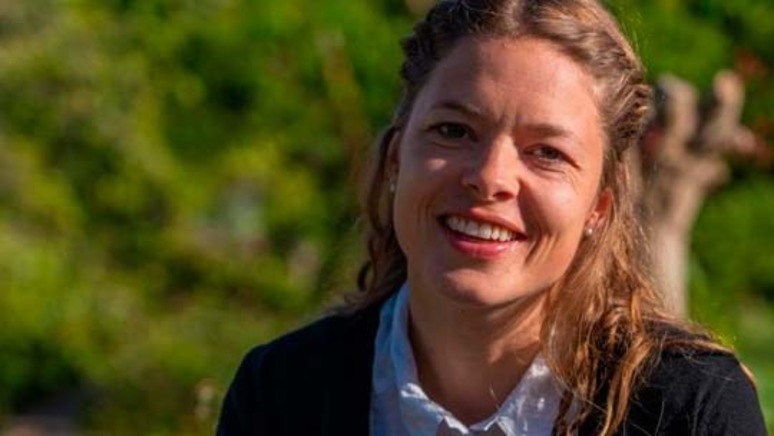 Project manager Pernille Vindeløv Larsen experienced a stress breakdown after years of high-pressure work. For the first time in years, she became conscious of her own needs, and then she set out to change how her company approaches stress.

"How are you feeling?"

Four unexpected words from Pernille Vindeløv Larsen's manager made her break into tears and caused stress reactions in her body.

It was back in 2017 during a conversation that should have been about something completely different. For months, she had been under increasing pressure as a newly hired project manager at the consulting house Valcon. From her customers, from ticking invoices, but most of all from herself. And under all that pressure, her broad but inexperienced project manager shoulders could not carry anymore weight.

"A lot of alarm bells were ringing, but I actually could not see it then. Not at all. And it also surprised me that I reacted like that,” says Pernille Vindeløv Larsen.

Let's go back a little further. Pernille Vindeløv Larsen graduated as a civil engineer from the Aarhus School of Engineering in 2010. After working for a few years as a consulting engineer, she completed a master's degree in management at DTU.

This led her into the consulting industry in 2015 as a management consultant at Danish Valcon, which works with large international clients. Here she also entered a culture of rapid promotions, overtime and many trips abroad.

"I like that it is fast-paced and that something is happening all the time. And I was also quickly promoted and given more responsibility,” she says.

"My ability to prioritise disappeared. Everything was suddenly equally important. Whether it was about picking up breakfast for a workshop or an important deadline on a delivery."

Value for DKK 1 million a month?

In June 2017, Pernille Vindeløv Larsen's manager knocked on her door. He wanted to know if she was interested in becoming a project manager on a large project with a monthly turnover of DKK one million, a project for which she had been given more and more responsibility over the past 9 months. This was a huge pat on her back, she thought. But the assignment turned out to bring about mixed feelings in her body.

"At no time was I over the moon. And in hindsight, I realise that I was very much in doubt as to whether I could fill the role. I asked my colleagues and managers for advice. But there was nothing in me that questioned whether I should say yes to the job. After all, it was a promotion. All I considered was how I could get to where I would be able to do the job,” 35-year-old Pernille Vindeløv Larsen recalls.

She said yes to the assignment. Of course. And the first thought that followed was: "How do I deliver value for a million DKK a month?"

"How are you feeling?"

In her new role, Pernille Vindeløv Larsen started working every evening. The weekends, which she had otherwise kept work-free, were also included. She had a constant feeling of lagging behind and began to focus on things she did not usually attribute importance, such as salary and bonuses in relation to the responsibilities she had been given. Two weeks of holiday could not change that.

“Already on the day I got back to work again, I could feel that I needed a holiday. I was just so tired and exhausted. But again, I did not stop to think about it. I was just suddenly inside the hamster wheel again and kept running,” Pernille Vindeløv Larsen recalls. It is a period she otherwise does not remember much from.

"My memory began to be affected. And my ability to prioritise disappeared. Everything was suddenly equally important. Whether it was about picking up breakfast for a workshop or an important deadline for a delivery.”

Only a month and a half after her holiday, Pernille Vindeløv Larsen had a performance review with her manager. In the days leading up to it, she had whipped up a mood with herself that her salary was too low and her bonus too little. She aired these frustrations openly to her colleagues, something that was otherwise completely uncharacteristic of her.

And that was when her manager opened the conversation with the question, "how are you?"

After the breakdown in her manager's office, a terrible weekend followed. Pernille Vindeløv Larsen spoke several times with her manager about how they could ease her responsibility. On Monday, she faithfully showed up for work again, but she immediately knew it was a mistake. Her throat narrowed, she felt pressure in her chest, and in the afternoon she called a psychotherapist who was affiliated with Valcon, and the message was clear: "go home".

"Afterwards it has become clear to me that I have been really busy, constantly traveling, and giving lower priority to myself for a whole year,” she says.

First she went on sick leave for two weeks, then six weeks, and after returning to work for half a day, she extended her sick leave by another six weeks.

"It turns out that it was just too fast. I was not ready for it. And it was hard. Because I was impatient and had to realise that I was not feeling very well. That was definitely the hardest part.”

For the first few weeks of her sick leave, she slept 12 hours a day and saw only a few people. And so it continued in the weeks that followed with many hours of sleep and very little contact with the outside world. The most fixed point was her weekly conversations with a psychotherapist.

"I do not remember much from that time. But I remember meeting my manager at a cafe, which was nice. It was a huge thing to return to work and walk in the door. [When I was on sick leave], we had an ongoing dialogue, but no set agreements like a weekly phone call. That was what I needed, as everything at the time felt like a pressure on me, even things like shopping for groceries,” she says.

"It was the first time I felt clear-headed enough to be able to feel what I wanted in that moment."

Fortunately, things began to change for Pernille Vindeløv Larsen. She remembers waking up one day feeling that she wanted to bake a cake. And then she went down and bought ingredients and baked it.

"It was the first time I felt clear-headed enough to be able to feel what I wanted in that moment. Until then, everything was organised in calendars, emails and an endless stream of mental post-its - both work and private agreements," she says.

“I also signed up for a meditation course through Copenhagen municipality. And then I made an agreement to a plan for gradual phasing-in after returning to work, as it is called at the job center, for slowly increasing my hours. I did experience some setbacks in between, where I suddenly thought I felt worse than last week and I got exhausted or felt physically overwhelmed.”

The CEO on stage

A long time has passed since Pernille Vindeløv Larsen felt any symptoms of stress, such as tensions in her throat, chest discomfort, and withdrawing into herself.

She now works as a change manager in the pharmaceutical company Leo Pharma. But before she stepped out the door at Valcon, she helped put stress on the agenda. Because she felt that there was a need to bring the topic to light, to create a common language around stress, and to help colleagues get a clearer picture of how stress "looks" and how it is experienced by the individual. Especially after the CEO of Valcon had also been on sick leave with stress.

This led to a full-day seminar for all of the company's nearly 150 employees. They got a visit from a psychiatrist who talked about stress, the employees were divided into small discussion groups, and Pernille Vindeløv Larsen took to the stage and told her story. And she persuaded her CEO to do the same.

“It felt tremendously meaningful that he stood up and shared his story on a very personal level. He is a role model. It is my experience that there were many who appreciated hearing our personal experiences. It became more real and thus perhaps more relatable. "

Further reading: How to prevent stress

Too important not to talk about

Pernille Vindeløv Larsen would not hesitate to step onto the stage again if someone asks her to talk about stress. For her, it is important to make it clear to everyone that being affected by stress is not a sign of weakness. And those suffering from stress are human beings, just like everybody else.

"This is too important not to talk about. We need to spend time on it, find a language and some tools to deal with it. And that means that we as a company recognise that stress exists and that it will not go away on its own,” she explains.

Therefore, Pernille Vindeløv Larsen does not believe that managers should be afraid of asking questions from their employees if they suddenly change their behaviour.

"I also ask my manager how he is doing. I try - and I will practice that for the rest of my life - to be aware of my fellow human beings. ” 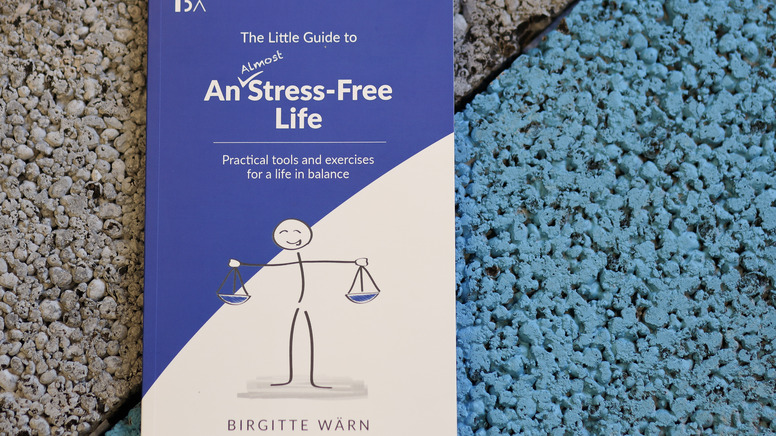 Get the free stress guide: An — almost — stress-free life

This guide is written for you who have emerging stress symptoms or want to prevent stress. It gives you concrete tools to understand, prevent and manage stress in everyday life. Order the guide via our website.