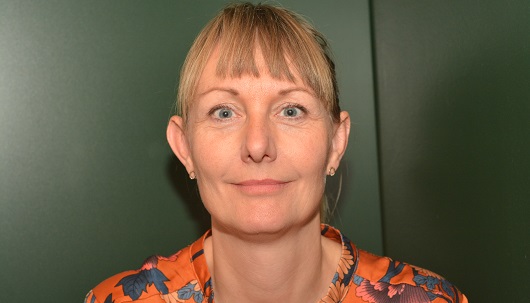 As a manager, be careful about running extra fast to help employees in times of labour shortages, because you risk becoming ill with stress. That's what happened to Environmental chemist and manager Rikke Bille, who shares how the experience has now made her aware of her own well-being.

The fact that many managers are currently feeling both pressured and stressed is partly linked to the current labour shortages, writes Peter Leth, Director of IDA Learning and an expert in management and competence development.

"When employees have to run extra fast, the manager typically lends an extra hand to help and spare their employees. This can be fine up to a point, but the manager is not and should not be a superhero. A manager is a human being like everyone else who needs to recover and rest. And when the manager works too hard because of, for example, a lack of employees, the manager ends up becoming ill with stress, and that sets off a negaive chain reaction," says Peter Leth.

According to a new IDA survey, almost one in five IDA executive members feels stressed. A total of 19% of the managers surveyed said they had felt stressed often or all the time in the past two weeks.

The survey also shows that while the proportion of stressed managers is not higher than among employees, managers are under significantly higher pressure at work compared to employees. For example, almost half of managers often or always feel behind in their work, and a third of managers are often so busy that they do not have time to take breaks during the working day.

"Leadership is the single biggest determinant of an organisation's success, and the manager has a particularly central role to play in making an organisation or business work. If that link and that role is not functioning well, then it trickles down through the rest of the organisation. That requires a lot of self-care on the part of the leader," says Peter Leth.

Environmental chemist Rikke Bille, head of Den Blå Krans allergy label and Asthma Allergy Nordic under Asthma-Allergy Denmark, knows what it means to be affected by stress. Her first encounter with stress happened in a previous job in a small centre working with consumer communication, where Rikke Bille was the manager of three employees.

"I didn't realise I had become ill with stress until I was suddenly struck down and couldn't do anything. Before that I had had various physical symptoms, for example spots on my body and experienced some situations where I reacted very strongly, but I didn't relate that to stress. It was only when I suddenly started having a rapid heartbeat and other classic stress symptoms that I went to the doctor and was told that I was ill with stress and should stay home from work," says Rikke Bille.

"My stress was triggered by a combination of too many tasks and a manager I didn't get along with, as well as some challenges on the personal front. That's why things finally tipped over for me," says Rikke Bille, who was on sick leave for two months, after which she started a slow and gradual return to her work.

Rikke Bille fully agrees with Peter Leth's view that in the current times of labour shortages, if managers start running even harder than they already do, the risk of stress increases.

"In Astma-Allergi, we currently experience that we have many tasks and a lack of employees. In concrete terms, this means that as a manager I have to lend a hand in solving a lot of tasks that should really be solved by some of the employees who are not there," says Rikke Bille.
"Having experienced stress myself, both I and my manager are very aware of the importance of prioritising and accepting that tasks are downgraded for a period of time so that it doesn't get out of hand. And as well as looking after myself, I've also been given an extra management role to make sure my staff don't get too busy and stressed," she emphasises.

"Everyone has an obligation to take care of themselves, but the manager has an extra obligation because the manager is also responsible for others - and because our experience is that managerial stress is contagious," says Peter Leth.

When Rikke Bille became stressed, none of her employees were directly affected. But in retrospect, she's sure that before she went on sick leave, her employees could clearly feel that they had a manager with high stress levels.

"I'm not sure if they saw me as irritable, but there's no doubt that in many situations the staff tried to spare me. They used me less than they otherwise would have, and they were reluctant to ask me questions. This clearly affected their work in the period leading up to and during my sick leave," says Rikke Bille.

Managers need to "check in" with themselves

According to Peter Leth, when managers start to notice signs of stress, they should immediately review their workload and start planning, prioritising and focusing. In addition, you need to make sure that you take time off, even if you are busy, and it is important that the manager involves his or her own manager.

"Stress doesn't happen overnight. It creeps up on us and suddenly it's too much. So the most important thing you can do as a manager to avoid stress is to do a regular 'check in' with yourself: How am I doing? Am I starting to see indicators of stress? For example, do I sleep badly at night or do I start forgetting things?" says Peter Leth.

Rikke Bille stresses that, as someone who has learned about stress the hard way, she has become very self-aware.

"I sometimes take a day out of my calendar to review what I have on my desk, what I can shelve for now and what I can pass on to others. And I pay a lot of attention to how I sleep and whether I'm walking around tired, as that can be an early signal," says Rikke Bille.

Precisely because Rikke Bille's own stress was a combination of both work-related and private trigger factors, she has become good at slowing down in her time off during busy periods at work.

"If I've had a very busy day at work, there are just some things I have to drop in my free time so my brain isn't constantly running at full speed. And in terms of my work, I use my own manager a lot to clear whether it's ok with the priorities I sometimes make. That my manager and whole network support me in making these priorities means a lot to me," she says.

Almost a third of employees in IDA's survey feel that their manager plays a significant role in ensuring well-being and reducing stress through their leadership.

Conversely, 35 per cent feel that their manager only to a low or very low extent manages them in a way that ensures employee well-being.

"According to the survey, some managers still lack knowledge about how to ensure employee well-being and reduce the risk of stress among their staff. Stress is not a new phenomenon, and basically I think most managers are working on understanding stress and managing both their own and their employees' stress in the best possible way. But there is room for improvement and this remains an area of development for many managers," says Peter Leth.

"Especially in times of labour shortages, the issue requires special focus so that stress can be nipped in the bud - both in managers and employees."

Today, Rikke Bille has a completely different awareness of stress than before she broke down.

"For example, I've had to realise that I pretty much always have to carry a shopping list with me when I go shopping - I didn't have to before. If I haven't prepared my purchases in advance and brought a list, it puts pressure on me and I can feel my stress levels rising. That way I'm not in the same place I was before I got stressed, and I don't think I ever will be. On the other hand, I've become much more self-aware and I've learned to address things if something in my life isn't as it should be," she says.

Guide: Prevent stress in the workplace

Find out what you can do to prevent stress at the workplace, as well as how IDA can assist you once you become ill.