Every workplace needs guidelines for dealing with sexual harassment 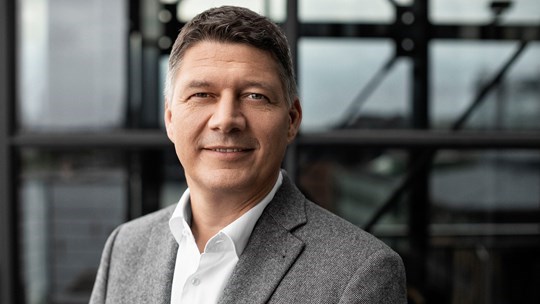 Everyone should feel welcome at their workplace. That is why the current debate on sexual harassment is a much-needed opportunity to talk about the extent and nature of the problem, says the Chairman of IDA’s Council of Employees as he prepares to discuss the issue at Christiansborg.

“The facts have come to light, and we need to seize the opportunity to have a reasonable discussion about a problem which has been shown to be far more widespread than we might think”. Such is the response of Chairman of IDA’s Employee Council, Morten Thiessen, to the intense debate about sexual harassment in the media industry in particular, which has played out in the past weeks.

“First and foremost, we need to accept that there is a problem, and remove the opposition people face when they come forward and share their experiences with harassment. They must not feel that they are on their own. If they do, it is difficult to proceed with the debate and deal with the issue” he says.

If you experience inappropriate conduct at your workplace, never hesitate to contact IDA for help: Contact IDA.

See also: Our 8 tips for how to respond if you or your coworkers experience sexual harassment.

According to an IDA survey made in 2018, sexual harassment is not a widespread problem among members of IDA. 1.4 per cent of respondents working in STEM said that they “had experienced sexual harassment in the last 12 months” at their workplace. In comparison, among a control group at a corresponding level of education, that number was 3.2 per cent.

Still Morten Thiessen believes that IDA needs to take the problem very seriously. The times have changed, and in the wake of the past few years of increased focus on sexual harassment and #metoo cases, we have learnt that there may be significant hidden figures – also among STEM-employees-, figures that will come to light if new investigations are initiated.

“If an employer does not, as we approach the year 2021, have any concrete guidelines for sexual harassment, they urgently need to get on it”

“It is imperative that we discuss the issue on an informed basis and increase our knowledge about the extent and nature of the problem. Let the facts speak for themselves, as we say. At IDA, we really want to contribute to that task. And for that reason, we want to hear from our members about their experiences from their places of work.”

IDA supports introducing an objective employer’s responsibility. That means that it should be the  responsibility of the employer to act on any surfacing cases, in order to increase their incitement for preventing sexual harassment.

In addition, IDA wants a stronger focus on the area through the The Danish Working Environment Authority (Arbejdstilsynet) and an increased compensation for wronged employees. Those are the suggestions Morten Thiessen will present at a meeting set by the Minister for Equal Opportunities, Mogens Jensen, in late September.

Deal with sexual harassment as with drunk driving

Morten Thiessen adds that a large part of the work ahead is educational. According to the Gender Equality Act (Ligestillingsloven), which was tightened in 2019, sexual harassment is prohibited and the employer is obligated to ensure a harassment-free working environment.

In other words, we already have much of the necessary legislation, Morten Thiessen says. But if you, as an employee, are unaware of your rights and that you should not accept sexual harassment, it might be difficult to raise your voice and object.

“In my lifetime we have managed to change our attitudes to drunk driving and smoking. In these areas, a significant positive change has occurred, and this shows how much we can do about these issues when we put them on the agenda. These changes came about via thorough educational campaigns, among other things. That is also how we at IDA think that we should approach sexual harassment,” Morten Thiessen explains.

But the whole responsibility does not lie with the politicians at Christiansborg. For, as Morten Thiessen says, the law is no better than the citizens subjected to it. That is why he thinks that the labour unions should look nearer home.

“It is crucial that management together with employee representatives and employees create a better understanding of the right to speak up against inappropriate conduct, and that it is the victim who decides how the situation has played out, and whether any borders have been crossed. The way to a good psychological work environment is through this manner of consideration and a willingness to deal with problems before they escalate”, Morten Thiessen explains.

“If an employer does not, as we approach the year 2021, have any concrete guidelines for sexual harassment, they urgently need to get on it. Any doubt regarding the acceptable conduct at the workplace risks creating a culture where lines appear to be blurred. And that will always affect those at the bottom of the hierarchy.”