The younger we are, the more open we are about our pay 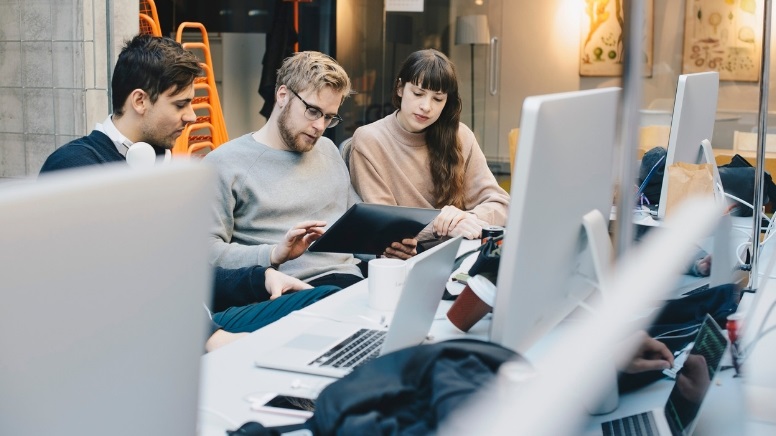 Just over half of Danes talk about pay with their colleagues, and the youngest generations in the labour market are the most likely to do so. This is the finding of a new population survey by the Danish Society of Engineers, IDA

Pay transparency is a generational issue. That's the conclusion of a new population survey of 1,138 employees conducted by Norstat for IDA.

Overall, 53 percent of respondents say they talk to their colleagues to some extent about what they earn. 46 percent respond that they do not share their salary information with colleagues.

A deeper dive into the figures also reveals that openness about pay among colleagues is much more prevalent among the youngest members of the labour market, aged 18-34. Here, 65 percent talk about pay, while among the older generations, aged around 50, it is more common to keep the pay slip private. Among members of this group, 43 percent talk about what they get paid.

And the difference in generational attitudes to sharing pay information with colleagues offers hope for the future, says Malene Matthison-Hansen, Chair of the IDA Council of Employees.

"It is positive that the younger generations are more open about their salary than their older colleagues. It's a sign that we're heading for better times, and hopefully it will also push the most adamant managers, industries and workplaces a bit, so that we can move towards transparency and make employers obliged to explain to their employees why the salary budget is divided as it is," she says.

In the survey, 6 percent of respondents said that their employer had - in breach of the law - formulated rules prohibiting employees from talking openly about pay. Almost one in four, 22 percent, say it is inappropriate to talk about pay in their workplace. And overall, 29 percent say they see pay as a private matter they don't want to share with colleagues. This question in particular shows the difference between the generations.

Malene Matthison-Hansen urges more people to break the silence and join the conversation.

"IDA has long argued for a culture change to spread pay flexibility. It is absolutely one of the best tools if we are to eradicate inequality. There is too much secrecy about pay in too many workplaces and the sure losers are the employees. The employer has the full picture, and if you go to a pay interview without a clear picture of what your colleagues are getting, you're already behind from the start," she says.

She also calls on companies to get their rules right and remove rules that outright forbid employees from discussing pay among themselves.

"Under the Equal Pay Act, you are fully entitled to share your pay information with your colleagues. From time to time, we also come across cases where employers try to write confidentiality clauses into employment contracts, but this is and remains illegal. Your employer cannot demand that you keep your salary secret," says Malene Matthison-Hansen.

New EU directive on the way

In any case, there is also news coming from the EU on pay transparency in the form of an EU directive to combat unequal pay.

IDA supports the intention, but is skeptical in principle about EU intervention in the Danish labour market to protect the Danish contractual model. Employment policy is first and foremost a national competence, and the EU should not legislate on Danish salary conditions, says Malene Matthison-Hansen.

"It is a sign of failure that an EU directive is needed to achieve pay transparency. In principle, we should not need supranational intervention to ensure the necessary further development of the Danish model. The social partners should take responsibility for an open dialogue on pay, and it would be healthy for all parties if there were clear guidelines for the criteria for salary formation. But the lesson is that when there is too much foot-dragging on gender equality at home, the EU steps in. We have also seen this with earmarked maternity/paternity leave, which has also been talked about here for far too long. In the end, an EU directive set the course," says Malene Matthison-Hansen.