Tech expert: Here are 6 technology trends to follow in 2021 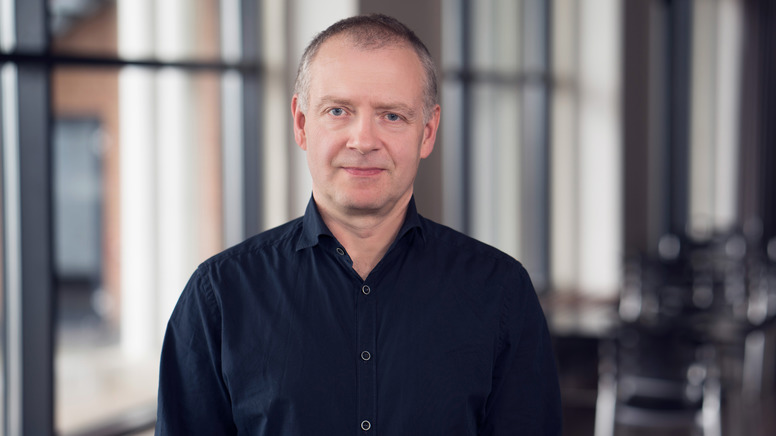 What technologies are moving fast right now? The other day, I was asked to come up with a list of the 5-7 most important ones – something easier said than done, considering the fast-paced nature of technology and markets. With developments happening daily, we constantly need to re-evaluate our understandings of the field.

An overall trend in these years is digitisation, which is easy to identify and will last a long time. Digitisation is a fundamental driving force in more or less all other technological shifts. Point zero on the list actually, since we will only accumulate more data, more computing power, more registers and databases and better algorithms.

Taking my point of departure in digitalisation, I am here offering my guess at which important and interesting technological developments already have or will soon have an impact.

The trend towards improved Machine Learning, AI, Artificial Intelligence or just ML is not new. The domain has evolved over several decades since the 80s' expert systems and first neural networks. An example: Without the knowledge of users, the results on the search engine Google are enormously influenced by the underlying ML, which creates connections between words and data, between keywords and content. If you use the Google Photos service and search for e.g. a brand of a car among all one's photos, it is Machine Learning that carries out the search. The utility value is enormous and has almost just "appeared".

However, technology continues to evolve with increasingly refined computational models, ever more layers in the neural networks, and ever more specialised calculations. It is also evolving downwards so that increasingly simpler computers can use it, and suddenly there may be ML in the coffee machines to recognize you and offer your favourite flavour. Check out e.g. TinyML.

The tools will become cheaper (for instance, try downloading Google's Tensorflow for free), the computing power greater and we will get more data. It will also be easier to use the methods and thus you can get started more easily. We are in the middle of the popular breakthrough of ML technology.

2. Machine Learning and IT for Health

Patients in hospitals are, of course, scanned and x-rayed as a very essential tool for doctors to make diagnoses. Scans and images are assessed by trained eyes, a demanding process which always includes the risk that something is overlooked or misjudged. Machine Learning is rapidly entering these functions as well, for instance as systems that provide professional advice like: Look in the third quadrant, which is with 76 per cent probability a suspicious area. See an overview of the many options .

This is an area full of new ideas. Take telehealth - that you can go to the doctor online and that systems can assess what you say and guide to a faster and more effective treatment, like determining that this call to 112 is serious because there is a risk that the patient has heart problems, alone from the sound of the voice. By the way, this is something that Danish Corti is on the field with.

A few years ago, a robot was a mechanical machine that could repeat a pre-set program. Paint the car. Run the blood tests for analysis.

Over the span of a couple of generations, robots have become more universal and easier to train. But they are roughly still programmed machines. The mechanics have also improved.

But what is really making a difference now is the combination of better mechanics and – you guessed it – Machine Learning. This enables the robots to actively learn much more and e.g. distinguish objects that its cameras see far better from each other and accumulate experience with it. "I ran into a shadow on the floor. Now I got completely off course. Shadows are dangerous ”- this is an example of how a robot may learn to avoid oil stains on a factory floor. Here are another 58 fresh examples .

A rather extreme version of robots are self-driving cars. They have now come a long way on the American organization SAE's scale for autonomy , where zero is not self-driving at all and five is fully self-driving in all situations. We are heading above level three.

A significant trend in robotics are self-propelled robots that run slowly, with limited risk and in limited circumstances.

Examples include washbasin-looking delivery robots which transport packages at pedestrian speed on sidewalks, and small trucks like The Pod from Swedish Einride. And finally, lorries that can drive on motorways themselves - as motorways are a greatly simplified traffic situation where it is easier to achieve sufficient autonomy.

We will probably see significantly more of these types within a few years.

Autonomous drones are also on the way, but pose a more complex challenge for sensors and software. Looking at the amount of patent applications and investments in the area, it is reasonable to believe that we will also see significantly more of these. Wing, a google-owned experiment in i.a. Australia and Finland have just completed their delivery number 100,000 .

Blockchain? What is it? Possibly the biggest IT technological breakthrough since the Internet itself. Blockchain is a public register of transactions. Much in the same mindset as our good old land registry. X has sold the house to Y for DKK Z. Witnessed and entered in the land register and therefore the deal, i.e. the transaction, is worthy of credence.

Blockchain technology can do something similar. X transferred amounts Z to Y. It is the fundamental economic transaction and with a technology that can validate that the transaction is true, one can build financial means of payment, money, bitcoins for example.

But blockchain goes far beyond that. Transactions can be handlings on a transport, the classic is flowers grown in Kenya. "Shipped, received at port, customs cleared, paid, loaded on ship", etc. Each transaction can be stored on a blockchain and thus simplify the paperwork and make it more transparent.

A special application for blockchain can be to establish ownership of a digital "work", a text, a poem, an audio file. If you can establish and document that you own the original version of the work, then you can also buy and sell digital works. This application is called NFTs and is currently in the big boom. Try googling it yourself!

With all that digitisation, one should not be surprised that there is a shortage of chips. However, the current shortage is huge and currently leads to car manufacturers having to scale down production significantly. We are talking 50 per cent reductions. Prices are on the rise, and investments are being rumbled and rumoured with investments in new productions, which also have a major political aspect: Can the United States live without being able to make chips (enough) itself? Can China? Can Europe?

It seems that the chip shortage will continue for a long time and may have consequences that go far beyond the digital reality. How long? The rest of 2021 at least, some say 2022 , maybe even longer.

Those were my insights on current tech trends. I should have included IT security too, as well as even more areas. And then we have not even embarked on non-digital technologies, such as biotech and materials technology. You might completely disagree with my considerations. Why not join the debate in Techtopia's club, Techtopia Backstage, in our group on Facebook?