Switching jobs and moving up in salary go hand in hand

In the past year, almost one in five private employees have changed jobs. And for more than 70 per cent, switching jobs led to a salary raise. This is what a new study from IDA reveals. 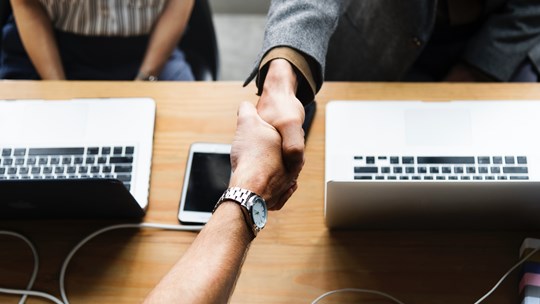 It is mainly young engineers, MSc graduates and IT specialists who change jobs, and the highest job switching rate is among IDA-members with seven years of seniority.

A new job – either within your current company or another one – often leads to a salary hike. This is the result of a new study carried out by IDA among 22,818 members employed in the private sector. The survey shows that 18 per cent changed jobs in the past year, and for 71 per cent of this group, switching jobs led to an average salary increase of DKK 6,439 per month.

The connection is particularly evident for those recently graduated, who almost all of them get a wage raise with a new job. Around 80 per cent of private employees with a few years of seniority have experienced a positive wage development when they switched jobs, and the longer the time they spent on the labor market, the lower is the proportion of private employees that get a wage hike when they change jobs.

"Switching jobs and salary increment are often linked. These figures clearly support this. However, we should also keep in mind that a good job cannot be measured solely by its paycheck. It is also indeed about areas of responsibility, development opportunities and projects. Once you have reached a certain age and experience, you also learn to appreciate those things," says Morten Thiessen, Chairman of the Danish Council of Employees, IDA

It is mostly young engineers, MSc graduates and IT specialists who change jobs, and the highest rate is among members with seven years of seniority, with a 26 per cent of them changing jobs last year. In contrast, only 13 per cent of members with 30 years of seniority changed jobs during the past 12 months. And there may be several reasons for this, says Morten Thiessen.

"Many experienced engineers have found their niche and built up strong technical skills and knowledge in a special field. In other words, they have become specialists. And if your job is meaningful, exciting and challenges you professionally, then you're on the right path. Other people chose to focus on leading and found their passion there. If you graduated recently, it is quite normal to try out several industries and workplaces before you find a place that matches your preference," he says.

The findings of this research are clear, job switching rates and wage increments are also the same for men and women.

Share with positive wage developments in connection with a new job

Increment, DKK per month on average for those who got a pay raise