IDA recommends shifting car taxes from purchase to driving and that the Danish government moves forward with the proposal of the Commission for a Transition to Green Passenger Cars, leading to 1 million zero emission cars by 2030. 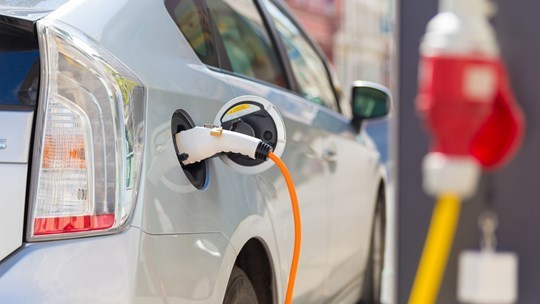 “The recommendations made by the Commission for a Transition to Green Passenger Cars [Elbilkommissionen] today are important, but I would have preferred to see a stronger focus on road pricing in the proposal. Making changes is expensive, and no one imagined that catching up with decades of climate neglect in the transport area would be without costs. That being said, the recommendations of the commission show the need for picking up speed when it comes to including the transport area in our climate action” says Thomas Damkjær Petersen, Chairman of the Society of Danish Engineers, IDA.

“It may be the case that testing the system on heavy transport is a good idea, but waiting until after 2025 with passenger cars is climate neglect. There is no reason not to initiate a large-scale demonstration project. We should not be so anxious of technology, because the technologies are here – it is simply a matter of getting to work with testing them. We are aware that the transition from fossil to green transport should be as revenue neutral as possible, and without major consequences for our national economy. That is why Denmark needs to begin testing road pricing here and now – so taxes can be shifted from purchase to driving,” he says.

IDA suggests that road pricing is first introduced as a voluntary solution for new car owners, initially as a simple annual tax return with the possibility of also utilizing GPS in newer cars. GPS enables differentiating between time and place. Gradually the solution can be expanded, based on a financial incentive for changing from a registration- or weight-based tax model to road pricing.

The government should also move forward with the tax model proposed by the commission – a model which will result in 1 million zero and low emission cars by 2030, although this particular model is advised against by the commission itself. IDA has previously calculated what it would take to achieve the 70-percent goal by 2030. According to IDA’s calculations, we need 1.3 million electric cars on the roads in Denmark to get there. That presupposes that 128,500 electric cars are sold every year from now on if we are to reach the goal. In 2019, 225.000 new cars were sold in Denmark, of which only 5.524 were electric cars. If we are to reach the goal, almost every other car leaving the dealership must be electrically powered.

A population survey from IDA made this summer showed that Danes are skeptical when it comes to buying electric cars. Only 13 per cent responded that they would choose an electric car if they had to buy a new car today.

The number of electric cars we need on the roads in Denmark by 2030, according to IDA