Pia dreamed about space. Now she has developed the computer for Denmark's largest space project

As a young woman, Danish Pia Sho Garbarsch wanted to work with space science. Her dream came true in 2011, when she was employed on Denmark's hitherto largest space project as an electrical engineer.

Astronaut or astronomer were actually at the top of Pia Sho Garbarsch's list of dream jobs when, in 1993, she had to choose what to study.

But after an interview at the University of Copenhagen, she was recommended to pursue another path, and this she has never regretted.

"They said that people who work with astronomy often end up as associate professors at universities, or as teachers in upper secondary education. Very few work in observatories or work directly with space science, and many of them work with lighting and optical systems. Then I thought to myself, perhaps I should become an electrical engineer and then work with lasers and optics," the now 47-year-old Pia Sho Garbarsch recalled.

Throughout her studies, Pia Sho Garbarsch continued to look towards the stars and to space science. She did her final thesis on lasers and optics as planned, and then on a low-noise charge pump that can be used as a power supply in satellites.

Obviously, Pia Sho Garbarsch had no trouble deciding whether to apply when, in 2011, she saw a job ad at DTU Space. Denmark's hitherto largest space project, ASIM (The Atmosphere-Space Interaction Monitor), needed an electrical engineer to develop the computer for the space observatory that was to be sent up to study lightning, thunder, meteors and climate conditions in space. The project may solve some of the mysteries of climate science. 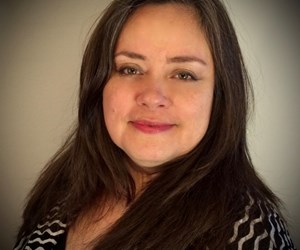 For many years, Pia Sho Garbarsch had worked on developing hardware, chips and FPGAs (Field Programmable Gate Arrays). First with the then iconic 3210 at Nokia, then eddy current scanning equipment and ultrasound equipment at Force Technology, after a stopover at Intel. And most recently on classified projects for the Danish Defence Intelligence Service. In other words, she was a perfect match for ASIM's job description.

"I was euphoric when I got the job. I was very proud, and I thought it was incredibly exciting," she said.

"No one has been there before. So ASIM will help us to discover more about our environment, our climate and everything surrounding us in space. I believe that we only know a fraction about what surrounds us in the sky and in the oceans."

When the 314-kg space observatory was launched on 13 April, Pia Sho Garbarsch and her three colleagues from DTU (Technical University of Denmark) had developed the firmware for the main computer – the brain – in the observatory.

In the five years the Danish electrical engineer was part of the ASIM project, she worked on the main computer – a radiation-protected FPGA which, according to Pia Sho Garbarsch was the most expensive computer she had ever worked on.

While the main computer was developed in close collaboration with the tech company Terma, DTU developed the firmware for the FPGA, which includes controllers for all the interfaces.
One of the most important functions Pia Sho Garbarsch and her team had to support with the hardware was that the system had to be constantly ready to observe in the event of lightning or some other phenomenon. The system had to be able to take 12 photos a second and automatically compress them, so they could be sent down to Earth via the ISS Columbus module in small data packages.

"You have to consider the architecture and what interfaces and bandwidths need to be supported. Should there be cameras, photometers and what about data transmission to the Columbus module? We developed the entire interface across the instruments and towards the ISS," said Pia Sho Garbarsch.

After some delay, on 13 April 2018 ASIM was successfully launched from the Kennedy Space Center in Florida with a Falcon 9 space launch vehicle manufactured by the famous entrepreneur Elon Musk's company SpaceX. At that time, Pia Sho Garbarsch had been away from ASIM for two years, because the primary development phase had been over for a long time.

Still, she felt a huge sense of relief when ASIM was finally dispatched. According to Pia Sho Garbarsch, her job had been marked by extensive political wrangling because Terma, DTU as well as the European Space Agency (ESA) had invested a great deal of effort and money in the DKK 370 million project.

"This was a recipe for trouble," said Pia Sho Garbarsch, who looks back at the five years with tears, laughter and frustration, but most of all with pride.

Today, Pia Sho Garbarsch works with the Japanese electronics company TDK far away from research on the climate and weather phenomena. Now she is developing MEMS microphones, which she believes will be part of the next major tech wave. So, her current job is not so different from her previous jobs with ASIM, Nokia and the Defence Intelligence Service.
"In all the jobs I've had, I've felt that I've made a difference, that I've moved something in terms of technology. The projects I end up working on, in some way or another always end at the bleeding edge. Whether it was MEMS microphones, ASIM or eddy current scanning equipment. They’ve all been about data collection, which has made the world a better place, and they’ve been about studying phenomena that we didn't know existed," she said.

At the same time, she has no doubt that she would jump at the chance if one day ASIM asked for her again.

"If DTU Space calls and asks me to help them make an ASIM 2, it would be hard for me to turn them down. I must confess. Even though the first ASIM project was marked by a lot of drama and nail-biting.

Today, the current ASIM project is still up and running successfully. On 18 May, just over a month after the launch, the project could celebrate the first lightning photographed and measured by the observatory.