If you think that your salary is a confidential agreement between you and your employer, then think again, that is a myth. Nevertheless, new figures from IDA show that less than one-third of Danes discuss salary with their colleagues. 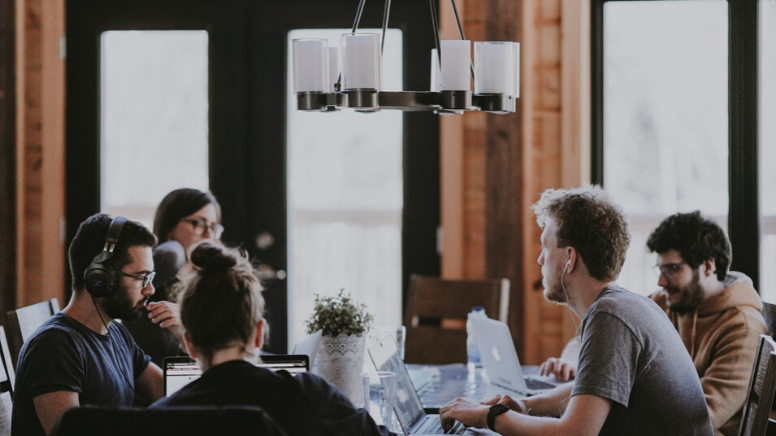 Nobody disagrees with the fact that we must fight inequality and discrimination in the labor market. Openly discussing and comparing salary with colleagues is one way to kill the beast. Yet, only 28 per cent of the Danes declare that they discuss salary with their colleagues. A population survey among a workforce of 1,199 Danes made by Userneeds for IDA illustrates this reality. The same study shows that just 20 per cent of the Danes work in a place where it is totally legal to discuss salary with coworkers.

This is not satisfying, says Thomas Damkjær Petersen, chairman of IDA.

“A cultural change is necessary in many workplaces. There is an excess of confidentiality in too many workplaces. And that is unfortunate, because without transparency about our salary, we will not take a stand against discrimination or underpayment,” he says.

In the survey, 7 per cent answered that it is not appropriate to talk about salary in their workplace, and 3 per cent replied that their employer does not allow employees to share information about their salary conditions.

“It is completely insane that employers try to ban their employees from sharing information about their salary and deliberately break the law on equal pay or include provisions about the employees’ salaries in employment contracts. We occasionally encounter cases in our contact with members. It reinforces a taboo on the transparency of salaries between colleagues, and it is a clear obstacle to the efforts to, for example, create equal pay for equal work between the sexes,” says Thomas Damkjær Petersen.

Thomas Damkjær Petersen notices that the younger generation scores higher in openness compared to members of the general population in the labor market.

“It is after all gratifying that among the younger generation there are many who are open about their wage. Hopefully, this is a sign that we are heading for better times in this area,” says Thomas Damkjær Petersen.

The survey also shows that openness about wage formation is higher in public workplaces.

Which of these statements applies to you when talking about salary with your colleagues? 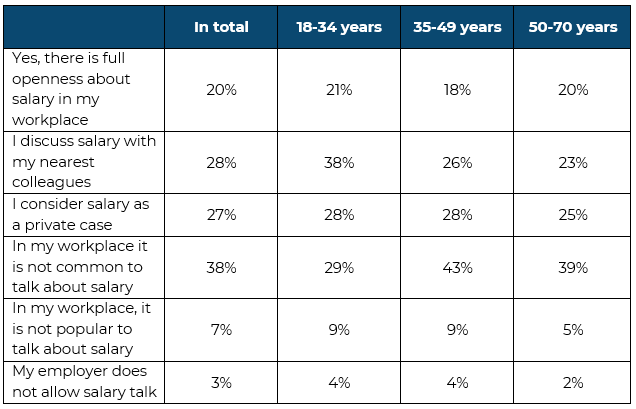