“Men are better at talking about what they’re good at”

There is an inexplicable wage gap of 4.4% between male and female IDA members. Rikke Stæhr Jensen practices trying to explain her worth, but she feels that salary negotiations come more naturally to men. 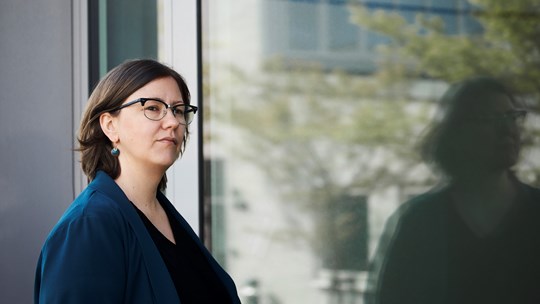 Rikke Stæhr Jensen feels that she earns an “okay salary”.

She earns around DKK 40,000 a month as a municipal developer for a municipality in eastern Jutland.

She is responsible for collecting all the input from the municipality's specialists on topics such as urban development, infrastructure, water management and nature protection.

She is a civil engineer specialised in planning and the environment, but her profile is more based on the social sciences than technical, and she therefore finds it difficult to compare her salary to the average of other IDA members.

"We are often compared to designers and architects, who do not generally have very high salaries. These are also the people I work very closely with.”

And salary is not her biggest motivation, even though she has previously switched jobs because she felt she was being underpaid.

“For me, it is more important to have a good boss and to feel that my work is fun and meaningful,” she says.

Women pay for having children

In Denmark, the pay gap between men and women has decreased in recent years, but it is still at 12.8% for all specialist groups according to Statistics Denmark.

This is because Denmark has a very gender-segregated labour market, where men more often work in the private sector as managers, whereas women are more often public employees working in the care sector.

However, there is also an inexplicable pay gap after taking out factors such as education and seniority and focusing solely on gender. Among IDA members, there is a 4.4% difference.

One of the most obvious and gender-specific factors is family life. A study by the University of Copenhagen concluded that, on average, a woman’s income falls by 30% in the short term after they become mothers. And even ten years after the birth, their income remains 20% below what they would otherwise be earning. On the other hand, male salaries are not affected by whether they have children.

Rikke Stæhr Jensen has experienced being offered a job by Randers municipality and then having to negotiate salary while she was pregnant with her second child.

“I felt like I was in a very poor position to negotiate. Not because of any pressure from my employer, but because my heart was not in it. I knew from my first pregnancy that I’d probably have a lot of absence due to sickness,” she explains.

“If I was a man, I wouldn’t have had to go on leave for 8-9 months just after getting a new job”.

Women are too modest in their pay demands

It is well-known that women take 90% of parental leave, and they usually take the child’s first day of sickness and they do several other household tasks.

According to Nina Smith, a professor of economics who has been researching equality for 40 years, women are subject to “statistical discrimination” because employers expect them to work less than their male colleagues.

Figures from IDA salary statistics, however, show that female members receive lower entry-level salaries than men from the moment they enter the labour market.

The average salary for recently graduated female engineering MSc’s is DKK 1,041 per month lower than their newly graduated male colleagues. For recent B.Eng. graduates, the difference is DKK 2,386 per month in men’s favour.

"In general, I think that men are better at talking about what they are good at, like, ‘You know what, I can do this’. The difference is most obvious with my older colleagues, but not as much with the younger ones."

Rikke Stæhr Jensen,
MSc in Engineering, planning and the environment

This worries Morten Thiessen, chairman of the Council of Employees at IDA. He has previously stated that part of the explanation is that women are too humble with their salary requests.

"We know that men who contact IDA's advisers are often very focused on salary and opportunities for advancement, whereas women are more focused on well-being and usually have a more well-rounded view of work and the workplace. Both are important but women should also adopt the methods used by men,” he says.

Rikke Stæhr Jensen has participated in several salary negotiation courses through IDA, and she is aware of the need to stress her achievements during staff development interviews with her boss. However, she feels that it does not come as naturally to her as it does to her male colleagues.

“In general, I think that men are better at expressing what they are good at, like, ‘You know what, I can do this.’ The difference is most obvious with my older colleagues, but not as much with the younger ones.” 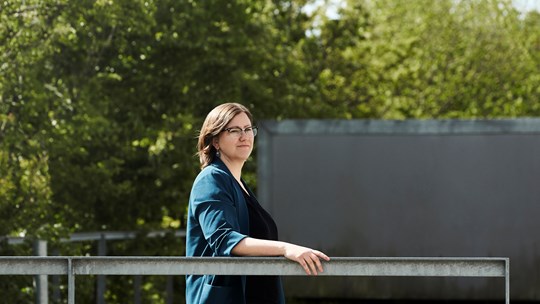 According Morten Thiessen, in order to end the inexplicable pay gap between men and women, we need more transparency at the workplace,

“At many workplaces, any discussion of salary is shrouded in secrecy. Sometimes, the management itself encourages a culture in which any talk about salary is taboo. But we also know that many people feel that their salary is something very personal, and they prefer not to share it with colleagues. We need to change this culture, because transparency about salary at workplaces would be a step towards equal pay,” he says.

The research project looked at legislation introduced by the Danish Ministry of Employment in 2006, which required Danish businesses with more than 35 employees and a minimum of ten men and women in the same job function to publish gender-based pay statistics for their employees.

The effect was a 7% decrease in the gender pay gap over two years.

According to Morten Bennedsen, a Niels Bohr professor at the Department of Economics at the University of Copenhagen who participated in the project, it is not possible to conclude why the pay gap was reduced, but a possible hypothesis is that men benefit the most when employees do not know each other's salary level.

"We know that men are better negotiators in salary negotiations. We know this from studies where men and women negotiated in a controlled experiment. So, in the field of behavioural economy, there is a very clear difference between men’s and women's aggressiveness during negotiations.”

However, when salary levels are published, managers may be less likely to give undue pay increases to men who are better at negotiating.

He is therefore convinced that more information will reduce the inexplicable pay gap; especially because the 2006 legislation had a surprisingly big impact, even though it only included a few companies and there were no clear sanctions.

“If legislation this weak had an effect, stronger legislation would have an amazing effect. However, this is extremely sensitive because regulated wage formation is certainly not a tradition in Denmark.”

Salary can mean many things - get an overview of how you can benefit from IDA's salary tools.