Memorandum: this is how Denmark becomes independent of Russian gas 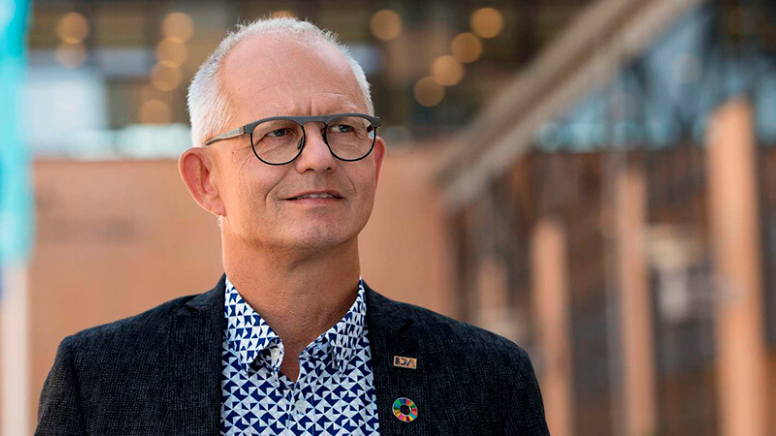 In the event of a sudden stop to Russian gas, Denmark will be able to urgently limit its need for natural gas by approximately 30 percent and be able to achieve a lasting reduction in gas demands of 79 percent over the next eight years.

These are the bottom lines of the decrease of Danish gas demands in a memorandum produced in a collaboration between IDA and professor in energy planning at Aalborg University, Brian Vad Mathiesen.

The memo addresses the political demand to make Denmark independent of Russian gas in the wake of the Russian invasion of Ukraine. The topic was brought up with a national compromise on 6 March and the Prime Minister's statement on the phasing out of Russian gas imports as soon as possible.

"When we get rid of Russian gas, it is an obvious opportunity to accelerate the green transition with a massive expansion of wind energy rather than replacing Russia's gas with other fossil energy sources," says Thomas Damkjær Petersen, Chairman of the Danish Society of Engineers, IDA .

The memorandum outlines three fast-track scenarios for phasing out natural gas: Acute measures, measures with effect in the short term and measures effective in the medium term (5-8 years). The initiatives have both a Danish and a European perspective, as the energy markets are inherently interconnected internationally.

"We call them all fast-track initiatives, because even the initiatives with a development perspective of up to 8 years are our best estimate of how quickly the changes can take place at all," says Thomas Damkjær Petersen.

The main engines in the Danish initiatives are energy efficiency, the establishment of cross-cutting task forces, and a targeted effort towards large gas consumers, such as housing associations and companies.

Among the here-and-now recommendations is the establishment of task forces to ensure rapid implementation of solutions in three key areas: Individual heating, district heating and industry.

“Here, an important focus will include be to make analyses that also involve security of supply. So far, we have primarily been concerned with thinking about green conversion – which is a positive thing - but the current situation also reflects a great need to consider security of supply to a greater extent in the future than we do today, ”says Thomas Damkjær Petersen.

One of the more long-term initiatives is about energy efficiency improvements in the gas-dependent part of the industry.

"Energy efficiencies are important, both in companies and in general, because they will make Denmark more robust in the short and long term to geopolitical conflicts, fluctuations in pricing and other external factors that affect our energy system," says Thomas Damkjær Petersen.

Overall, the recommendations provide a reduction of about 79 percent of Danish gas consumption. This leaves Denmark with a gas demand of approx. 20 PJ (petajoule). This can be covered by biogas and thus make Denmark independent of imported gas, regardless of what may happen to the Danish production of natural gas, the memo states.

Letter to the Prime Minister

The memorandum and the professional recommendations are not the only initiative from IDA on dealing with the current gas situation. IDA recently sent a letter to Prime Minister Mette Frederiksen , in which Thomas Damkjær Petersen, among other things, called for a fast-track scheme for the development of renewable energy.

In the proposal, he recommended that both Denmark and the EU prepare area plans both on land and at sea as soon as possible, which ensures a comprehensive overview of where renewable energy facilities can be established. "It will enable coordinated planning of an overall green energy system," states Thomas Damkjær Petersen in the letter.