Landslide election brings significant changes to IDA's Board of Representatives 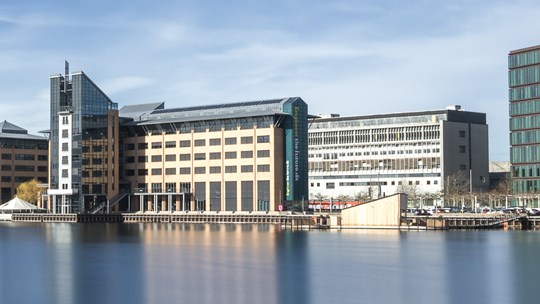 The members have spoken and a new Board of Representatives has been elected. The big winners were "Ingeniør og TeknologiListen" and "Atomkraft ja tak!" In total, 17.4 percent of IDA's members voted.

The elections to the Board of Representatives - IDA's Parliament - have now been decided. The distribution of seats has changed significantly. "Ingeniør og TeknologiListen" almost doubled its number of seats and became the largest list with 13 seats. But perhaps the biggest surprise was that the new list "Atomkraft ja tak!" [Yes to nuclear power] came in with six seats.

Chairman of the IDA Election Committee, Søren Vang Fischer, announced the results of the 2022 IDA Election on Tuesday 12 April at 16.00 in the IDA House in Copenhagen.

"The elections have gone well — and the lists have done a great job of spreading their message. There has been a lot of engagement on social media - much more than in previous elections. It has been a landslide election. "Ingeniør og TeknologiListen" and "Atomkraft ja tak!" have done very well. Welcome to "Atomkraft ja tak! - It's great for a brand-new list to come in with six seats," said Søren Vang Fischer.

He also highlighted two new initiatives in the election campaign, namely the live debates between the 13 lists and the six declared chairman candidates respectively. Watch them here (In Danish).

A list of members and deputies of the new Board of Representatives can be found in the Election book (In Danish).

"Now an establishment is under way - when the lists have digested the result. We usually come to agreement - and we probably will this time too," says Søren Vang Fischer.

The new Board of Representatives, elected for a three-year term, will hold its inaugural meeting on 7 May, where it will elect, among other things, the new Executive Committee and a new Chairman. The current chairman, Thomas Damkjær Petersen, has served two terms and cannot continue as chairman.

What is the IDA Election?

IDA is a political organisation whose supreme authority, the Board of Representatives, is elected by the members.

Visit the election site to learn why the IDA Election is important for you as a member.