"It's not in my personality to ask for help" 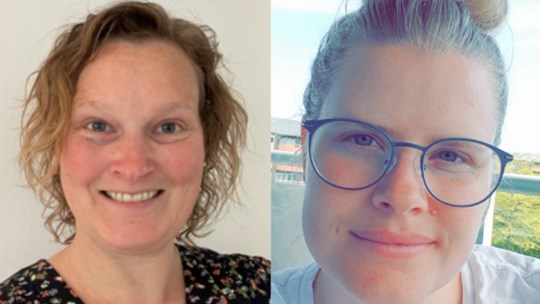 One in five IDA members feels stressed. Here, two members talk about their experience of calling in sick due to stress and their road back to work.

"It was a combination of events in my personal life, tasks at work, and my own perfectionism that pushed me into stress.

I had just come back from my second maternity leave and had to start a new project, so I had to deal with new tasks and colleagues. During the project, it also became part of my job to hold meetings with our Chinese suppliers, which meant that I was in China several times a year on trips of 10-14 days.

It was exciting, but also meant that I accumulated a lot of overtime and had to take time of in lieu. It made for some nice long holidays, but it also meant I had less time to accomplish the same tasks.

We had bought a new house the year before and had gone from being a family with one child to having two, and that transition was difficult. In addition, I had a daily commute of more than two hours to and from my previous job, so I felt I had to rush home every day to be with my children and husband."

The stress came creeping in on me

"In my case, it felt like the stress crept up on me. I was busy, but I kept thinking; ‘I just have to get through this period because in a month I'll have more time.’ I slept badly and developed physical symptoms of stress. I had a high pulse and I could feel the blood pumping around my body all the time. It was really uncomfortable."

"The day before I was sent home on sick leave, I had an argument with my husband. I couldn't concentrate on work because I was upset, so I told my manager that I would be going home. When we spoke the next day, he asked me if I had considered going on full-time sick leave.
At that point, I was already on part-time sick leave and had one day a week where I could focus on myself, but obviously, that hadn't been enough to prevent me from becoming stressed.

My manager at the time was absolutely fantastic and I am very grateful to him. But I had had 15 managers in 8 years before him, because there were a lot of organisational changes and it was difficult to deal with new managers all the time."

"Today I work part-time, for 32 hours a week in Advantis, and I have a well-functioning daily life.

I have a few extra hours each week to spend on what I need. I can give myself a break when I need it, like going for a winter swim. And I can cycle and walk to my new job instead of driving, which means I get out into the fresh air more than I did before. I generally focus on doing things that are good for me. I knit, meditate, go for walks and work in the garden, and I feel more fulfilled at work and in my personal life.

The most important thing is to be able to feel what matters to me, and that is myself and my family. When my youngest starts school this summer, I need some flexibility to start him up, so I've planned some shorter working days. Then, when they're older and need me less, I can more easily take some extra hours and give it a go if we're busy on a project.

I would naturally prefer not to have been affected by stress, but on the other hand, I wouldn't want to be without the learning it has given me. It has taught me a lot about who I am and what I need to do in order to feel good. I feel stronger and have become better at saying no.

I think it's a shame that we don't talk more openly about stress. Fortunately, I'm coming out the other side and I want to help break down some of the barriers to talking about stress. So many people experience it, so why should we all go around saying we're fine if it's not true?"

In recent months, I have gradually been stepping up from working eight hours a week over two days. It's been great to be able to start out quietly with some tasks that I know how to handle, so I have not had to deal with anything completely new.

It has been very quiet and no one has pressured me to come back because a lot of tasks were waiting. I've been told that my tasks had been taken care of, which has also made it easier for me to be on sick leave.

We've talked it all through, and I've vented and said what I thought wasn't working before I went on sick leave.

I went on sick leave just before Christmas, and before that, a week had gone by where I knew that my current situation was unsustainable, but I kept thinking; “I can fix this”.

Then, a month went by and it was really crazy. I was sick and couldn't do anything anymore.

In that month, I felt sad and exhausted by nothing.

I was very irritated, especially with myself, and had trouble sleeping at night because I was thinking about all the things I had to achieve or had not yet achieved. Or t

hings I had done badly or could do better.

At the same time, I found it hard to concentrate on my tasks, which meant I was falling even further behind.

I knew I shouldn't come to work, but I needed someone more mature than me to say that it was okay [that I stayed at home], so I went to the doctor and he told me to call in sick. Then I thought; “now I have someone's word that it's okay [to stay at home]".

You have to be able to do it all yourself

"It's just not in my personality to ask for help. I have this expectation that I should be able to do everything right away, and that if I can’t, I shouldn't be allowed to have the job

So even though I had a huge amount of tasks and felt that I had more responsibility than I could handle, I didn't dare to say that it was too much or that I needed help.

It was mostly myself who was taking on too much work. I think I did it because I thought I'd be a good employee, people would think higher of me, or maybe I wouldn't be the one to go in the next round of redundancies.

It's not like my company dismiss people all the time, so it was an unfounded concern that I would be dismissed if I told them I was stressed."

"Now that I'm going back to work, I'm creating more of a framework for my work, because before there wasn't much structure to our tasks.

I lacked that framework before, because when it wasn't there, I did much more than was necessary. I was taking on an insane amount of work on projects that I didn't need to do, and if I'd talked to anyone else, they'd say it was unnecessary.

It's all about managing expectations with the manager or project leader – in regard to what all parties expect from the task we are solving. Because if I don't know what their expectations are, then I set 40 other expectations for myself, and then the tasks suddenly grow beyond manageable.

Unsure whether you are stressed or what your rights are regarding sick leave?