Is it harder for a woman to gain respect from employees in an IT company? And are too many women leaving their careers mainly for family reasons? Four women, who are either leaders or aim to get there, share their experiences.

We are used to think of Denmark as a country with a high degree of gender equality. But this is hard to see in the distribution rate among the Danish leaders. A clear gap still prevails, and the higher you get up in the organizational structure, the stronger this pattern gets.

This also applies to members of IDA. Around 15 percent of the male engineers are entrusted leadership roles, while this only applies to 9 percent of the women. In fact, Denmark is down to a 95th place on the World Economic Forum's Global Gender Gap when it comes to gender equality in management responsibility. 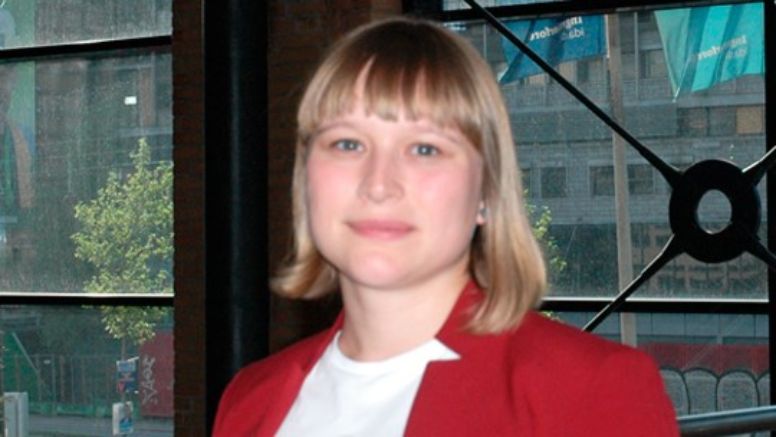 What are your experiences with gender inequality?

I did not give much thought to gender equality for many years, but during my study time I realized that there is real problem, and lately it is as if I constantly see new examples of it. I realize it when I was appointed the chairman of the Polytechnic Association at DTU and became a member of the Gender Equality Committee. At the time I placed my attention in this issue and talk to my fellow students about their experiences, and I noticed that we have a very unfortunate culture at DTU, in student life and in society in general.

Some may call it locker room talk; such as songs, jokes and stories that were often about women not being good in tech, belonging in the kitchen, or sexual exposition. When I think back today, it was part of my rus trip and the first years of my study.

Do you think it will be harder for you to get a leadership position in the future as a woman?

I see at least a few challenges that I need to learn to navigate. One of them is that many of the values we consider positively connected to management are classically "masculine." In addition, men and women are judged differently for the exact same behavior. If men are determent, they are goal oriented, while women are quickly perceived as hysterical or stubborn bitches when they do the same.

I also need to think about how I put a point across better, because I find it more difficult to be respected and heard as both a woman and a young person. Among other things, I have adopted some strategies so that I am no longer confused with a student assistant. For example, I think about my body language, and then I make sure to contact the right people, because they do not necessarily come to me.

Family life is one of the most notorious causes of inequality. Women take more parental leave and stay more often at home the day the child gets ill. What are your thoughts about it?

I am pregnant myself, so I think a lot about the impact on my career. It is frustrating to look at statistics showing a curve of how my salary is going to break now. It is surreal to be on your way to parental leave and think that I will get 20 percent less in salary than otherwise I would have.

I also feel that, to a greater extent, I must insist that I want to do something else with my life than change diapers. I'm starting to get some funny comments. For example, I have just entered IDA's main board, and I am constantly asked for my deputy, because "we are not going to see you that much". It feels like others have an expectation of what I can deliver that gets pushed down on me. Why couldn't I manage to assist to one meeting a month because I have a baby? Anyway, I do not see that my boyfriend gets that kind of question half as many times as I do. 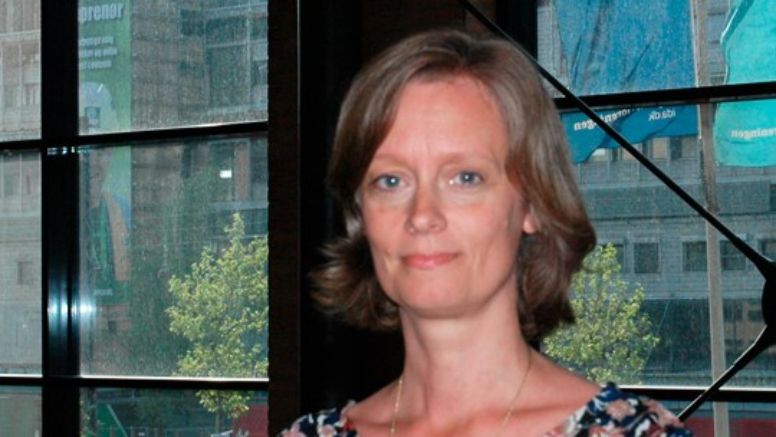 Have you ever felt that it was harder for you to get a leadership position as a woman?

I believe that I have had a relatively gender-neutral career, where being a woman was indifferent, neither positive nor negative. I have never felt that it was more complicated for me or that I faced more obstacles in my way because I am a woman.

Maybe it is more about that I never had the ambition to become a leader throughout my career, that I haven't had that feeling of having to fight my way up. My interest was academic, and I got a new professorship when I was invited to apply for the position of head of department at DTU. So, my way up to management has been arbitrary, but maybe it would have experienced differently if I had intended to become a leader.

Is there a tendency among women to make themselves less visible - that they prefer to be offered a leadership role?
I can see this tendency, but I still hesitate to conclude affirmatively, because this is based on stereotypes. We end up picturing all women as some slightly cautious types without confidence, and all men having huge egos and lacking empathy for their surroundings. And that's not the case. But yes, there may be a tendency.

Therefore, we, as managers, need to practice spotting talents, because there may be employees who do not see themselves as obvious leaders, even if they have the skills.

A barrier for women's careers is that they assume greater responsibility for family life. Is it necessary to work actively to neutralize that difference?

I am not opposed to looking at measures such as regulated parental leave. But I do not know if this is the solution, and again I think it draws a very stereotypical picture. I have many male colleagues who leave early when their children take swimming lessons and who take their share of responsibility at home. Therefore, I think it is a pity introducing this type of initiatives, because it makes look like we are very far from having gender equality.

On the other hand, I completely reject the debate about women’s quotas. I'm not just skeptical about whether it works. I believe it is completely harmful. My fear is that female leaders are not going to get the same respect because they might just have got the position as a result of quotas. This is not fair. 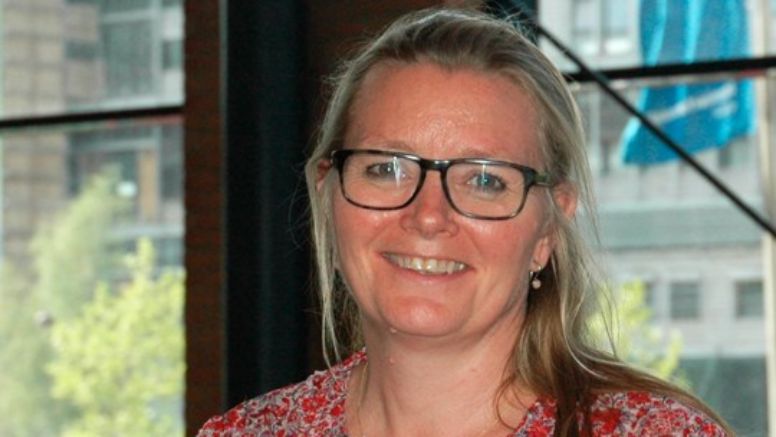 Have you ever experienced that it was an obstacle for you to be a woman?

I have never experienced that there was a glass ceiling that I had to break through. But I have always manifested very clearly that I aimed to be a leader.

One of my acquaintances teased me the other day that I have always been proactive: When I was 26 years old and recently graduated, I talked to the CEO of Atkins, and I told him that "it was good thing having someone at his heels”. In this way, I have openly expressed my willingness to accept coming challenges.

Do you ever stop and think that you are a female leader in a male-dominated industry?

No, and I never did. It may be that I am a graduated electrical engineer, so throughout my student time and career I have been used to more around men than women.

I got my first leadership role when I was about 30 years old. Before that I had written a Ph.D. in Atkins, but I could sense that I should do something related with people, even though I was happy to sit and geek out a bit in my office.

The department I leaded was very much male dominated and technically oriented. Therefore, it was important for me to get fast into the field and gain insight into the specialists' everyday life. I think you need to meet your employees where they are, so I couldn't just get into this technical department as an academic PhD girl and simply discuss theory. It was important for me to understand the workplace jargon and respond slightly cocky again.

Why do you think there are fewer female leaders?

When I applied for my first manager position, the shop steward came to me and said: "Eva, now you are no longer part of the pack", and that is probably what caused the biggest impression on me. That I, as a leader, should stand out alone and make the necessary and not always popular decisions.

Today I may well have the experience that many women do not think it is worth the trouble to be a leader, because it is, among other things, a very lonely role. After three or four months as a leader, we had to lay off some employees, and even though I didn't really know them, I couldn’t sleep for days because it was an unpleasant thing to do to some other people.
Some people say that women wish to be discovered and that they do not draw attention to themselves. I do not think that this view harmonizes with the Atkins female employees. On the other hand, I can see that there are fewer women than men among the potential candidates when we need to fill managerial jobs, so maybe there are fewer women with drive leadership. 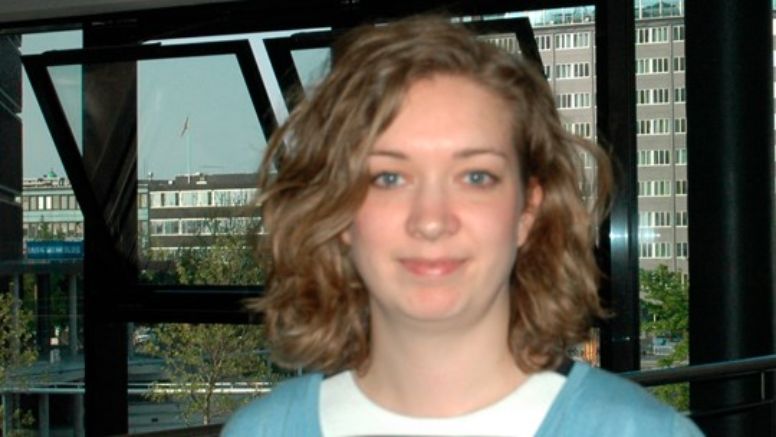 Can you see yourself in a leadership role in the future?

I want to be where the important decisions are made, and I believe that I have a lot to offer when it comes to strategy and business model development. At the same time, I would like to be part of the strategy direction design and be responsible for motivating the employees to follow it.

My interest in management has probably always been to me. When I went to high school, I also took the lead role in arranging study trips and the like. In my previous job, I had a role as project manager, where I also felt comfortable and effectuated my work good.

Do you think that it would be harder for you to get a leadership position as a woman?

For me, being a leader means having the right personality and some qualities that are neither special for men nor women. What matters is whether the person who will help you become a leader sees your gender as a barrier, and here is where I see a challenge.

In the Danish Agency for Digitization, we have a female director and several female office managers, so in this workplace I do not consider it a problem to be a woman and to have ambitions for management. It is always good to be compare yourself with someone like you. Therefore, it is also important that there are women at the top of the leading structure, because it indicates that it can be done.

However, I also know from other women of my age that they are considered less suitable to be leaders in their organization because they are women. And I even meet male colleages at work who do not believe that women are just as good skilled as men.

Will this affect your role as a leader, that you have experienced that attitude among some men?
I will probably think that I am a woman if I have mainly male employees. But I also want to make sure it doesn’t get too much spotlight. There can be many reasons why, as an employee, you disagree with your leader, and it doesn’t necessarily have anything to do with gender.

However, I am aware that women are judged differently than men if they for instance show authority. If it is a woman, she is megalomaniac, while a man is judged differently and positively. I just hope it doesn’t take too much and make me feel that I need to change myself.