Is inflation eating into your salary? A job change can protect your purchasing power 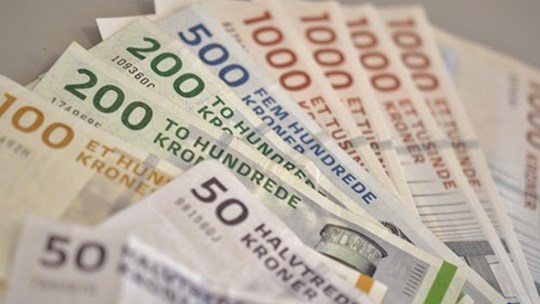 Few IDA members can expect a salary increase that offsets the rising prices. But a job change may lead to a significantly higher salary.

While many IDA members can look forward to a raise this year, it doesn't necessarily mean their disposable income will increase.

A salary increase must be significant if it is to compensate for the rising prices of energy and groceries, explains IDA's chief economist, Thomas Søby.

"In Denmark we've gotten used to a low inflation of around 1 per cent, a rise so modest a small salary increase was all it took to increase one's real wage. This was the reality both employers and employees had adjusted to", explains Thomas Søby.

"As a result of the breakdown in supply chains after the pandemic and the Russian invasion of Ukraine, we are now expecting to see an inflation of around 8 per cent in 2022. And for most people, this creates a gap between their salary growth and the rising costs of living, especially when it comes to daily groceries and electricity", Thomas Søby says.

The decrease in real wages happens regardless of the fact that many IDA members can still expect a healthy salary development.

"Many companies in Denmark have made quite a lot of money over the past several years. At the same time, we continue to see that companies highlight a lack of qualified labour as a significant factor limiting production – and we hear from companies that have to say no to orders. Combined with the low unemployment, this shows that there is room for salary increases in many places", says Thomas Søby and continues.

"Both Denmark's National Bank and the economic experts expect that too - but the two institutions also agree that wage increases will not keep up with inflation. The vast majority of residents in Denmark will probably see their purchasing power eroded. And there is broad agreement that there is no room for general wage increases of 8 percent. It would simply go beyond the competitiveness of the economy and also lead to wage-price spirals, where rising wages push prices even higher".

You can still ask for a higher salary

However, if you are going to negotiate your salary in the near future, you should not use inflation as the only argument to get a salary increase, says IDA's head of negotiations, Anders Thrane Niebuhr.

"You should not skip asking for a higher salary just because you are worried it will send the wrong message in a time of high inflation. On the other hand, you can't use inflation as an argument in itself for asking a higher salary".

"Salary negotiation is about the price of one specific good - your labour - and not energy and food prices. That's why you should continue to prepare as you would otherwise by taking the company's objectives and your own work tasks as a starting point", says Anders Thrane Niebuhr.

It is a good idea to look into your employer's financial situation, as it gives you an idea of your negotiating position and how ambitious you can be in your proposal, says Anders Thrane Niebuhr: "It is a good idea to use IDA's salary tools to calculate your market value. In addition, prepare a list of tasks you have completed in the past year and put it in perspective with the employer's goals. In other words, make it clear to your employer that it is good business to keep you and your contribution."

"Is your company making a lot of money and are they struggling to find qualified workers who can carry out your tasks? Then you have a pretty good starting point already."

A job change can protect your purchasing power

However, if your first priority is to maintain your purchasing power, changing jobs may be the best way to ensure a sufficiently high pay rise.

For the analysis of private sector members' salary developments in 2020 and 2021 shows that more members experienced a decline in real pay when they stayed in the same job. This was the case for 40 per cent, compared to 31 per cent of members who changed jobs during the same period.

If you're thinking of changing jobs because your employer can't meet your expectations for a pay rise, IDA career counsellor Morten Esmann says you should think carefully.

"There's more to a job than the salary, so you owe it to yourself to consider what makes a job good. It could be the tasks, good colleagues, the location of the workplace or the possibility of working from home. On all those points, you may pay a price that the pay rise may not make up for", he says.

He points out that most IDA members are highly paid and therefore will not be financially squeezed by the price increases, but that they may find it demotivating if they do not feel that their salary matches their efforts.

"If you read in the newspaper that there is a shortage of labour and that salaries are rising, but you yourself are turned down in the salary negotiations and thus experience a drop in real wages, it can feel like a sign that you are not valued",  the careers consultant explains.

If this becomes a source of frustration, he encourages people to make a list of positive and negative things about their work, and rank each item according to how important it is.

"Try to get an idea of what comes with the new job. If you get a pay rise, it may mean working more hours and less flexibility, but conversely it may mean advancement and more exciting tasks. If you know what's most important to you in your job, you can make that trade-off more easily."

Get a general overview of the salary levels in your industry with IDA's salary statistics.