IDA members are in high demand 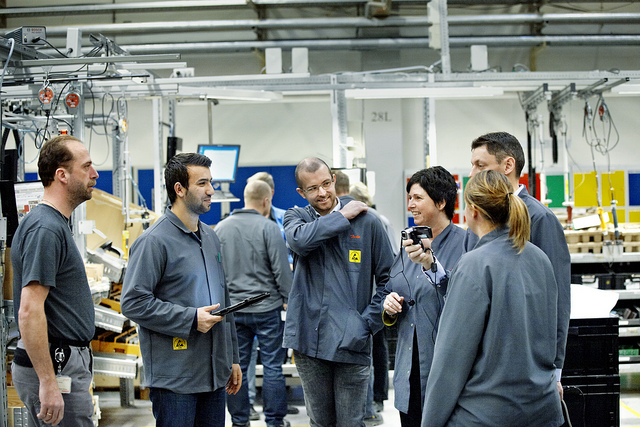 Denmark is experiencing a shortage of highly qualified professionals with an understanding of technology, IT, and science. In the past year, almost two out of three privately employed members have been approached by another company or a headhunter with an invitation to change jobs.

Unemployment is low and Denmark is neither able to train enough highly skilled people in STEM fields nor to attract enough foreign specialists. This cocktail is keeping headhunters and HR departments in Danish businesses busy in their efforts to recruit knowledge workers.

The difficulty obtaining highly skilled workers becomes crystal clear when IDA asks members whether they have been approached by a headhunter or other company in the past year with an offer to change jobs. To this, 65% responded “yes”. This is the result of a new survey conducted by IDA among almost 16,000 private sector members.

Among members working in IT and telecommunications, three in four have been approached by a headhunter in the past 12 months, and among construction members, more than seven in ten have been headhunted or attempted recruited for another company. In sectors such as consultancy, electronics, pharmaceuticals and trade and transport, up to two-thirds have also been offered a change of job.

"These figures underline once again that there is a severe shortage of highly skilled people with technical and scientific insight in a wide range of industries in this country. The high demand means that companies must look towards each other for talent and skills. These are of course good times for the individual IT specialist, science graduate or engineer, but we also know that companies' recruitment challenges have dramatic consequences. Some simply have to turn down orders, drop expansion plans or outsource abroad, and that does not make us as a society more prosperous," says Morten Thiessen, chairman of the IDA Council of Employees.

"The political agreement to move study places out of the major cities will not make things any better. Despite the good intentions, the deal will mean fewer places — even in these shortage areas," he says.

Morten Thiessen understands that companies need to recruit experienced staff. But he also urges companies to focus more on recent graduates when recruiting new staff, and not least to make a greater effort to retain senior staff.

"The shortage of knowledge workers in the STEM fields will not go away anytime soon. The latest prognosis indicates that IDA members will also be in demand in the years to come. That's why I'm calling on companies to take more responsibility for equipping the next generations of engineers, scientists, and IT specialists. Because we have a group of graduates who are unemployed for a long period of time before they land their first job. They don't have the experience yet, but they have the latest knowledge and companies can help shape them," he says.

"I would also like to see more companies becoming aware that they can retain their senior employees with relatively simple measures. Talk to the individual and make a senior agreement that suits both parties. It's paradoxical to chase each other's employees with one hand, while at the same time sending seniors who can and want to continue working into retirement with the other," says Morten Thiessen.

IDA's salary statistics show that 21% of IDA members in the private sector changed jobs in 2021 - either within the same company or to another company.