IDA is completely against the abolition of Store Bededag 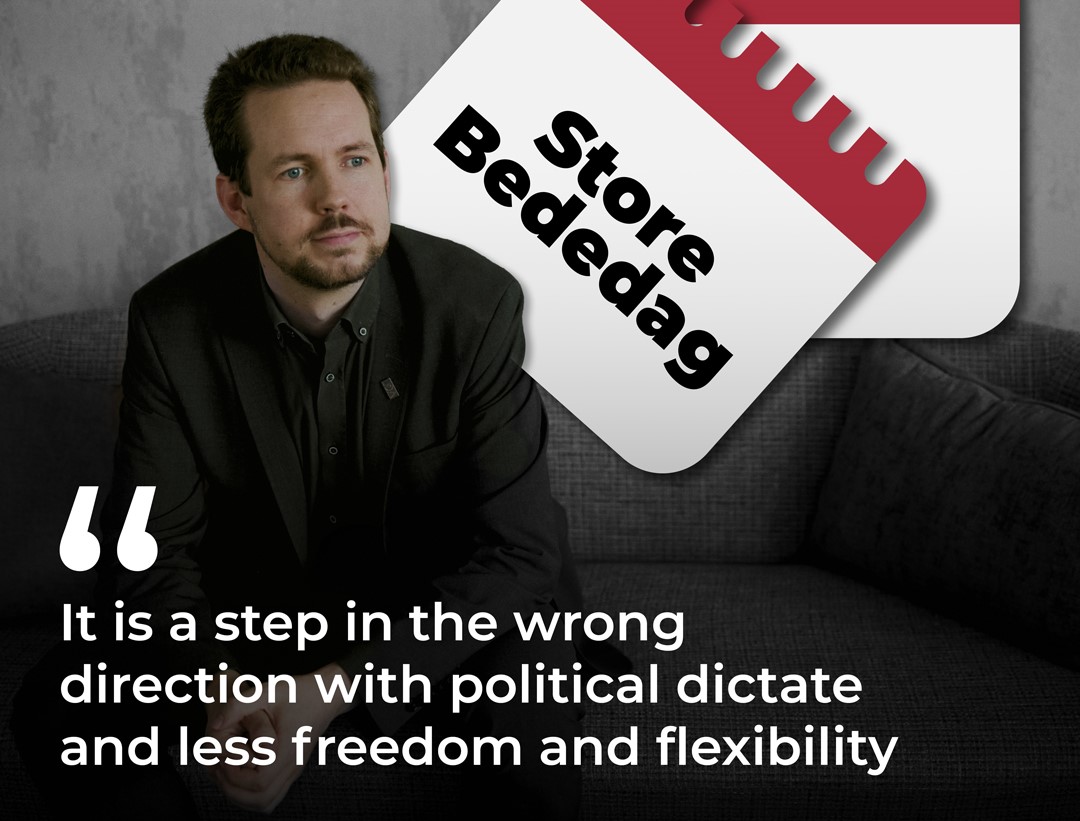 IDA's opinion is quite clear: Danish politicians should leave discussions on pay and working time to the social partners. That is why IDA is also completely opposed to the current plans to abolish the public holiday Great Prayer Day - in Danish 'Store Bededag'.

The government’s plan shows a lack of respect and understanding for the Danish model, which has served Denmark and the Danish economy very well for more than 100 years. The fact that politicians want to dictate the content of collective agreements and completely downgrade individual agreements is quite appalling.

"Moreover, it is political spin to link the necessity of the intervention with the need to increase defence spending. Most people probably recognise the need for more security, but to sneak in an attack on the Danish model under the cover of the war in Ukraine is simply unseemly," says Aske Nydam Guldberg, acting chairperson of IDA.

At the same time, it is relevant to bear in mind that the chairman of the Economic Council has raised doubt about whether there is any working time - and therefore money - to be gained from the proposal in the long term. The Danish model is thus being gambled for a dubious profit.

What we will see instead is a regrettable deterioration in labour market flexibility, with employees having fewer opportunities to take time off, and problems of stress and dissatisfaction likely to be exacerbated.

"This is deeply regrettable and a step in the wrong direction. We need more freedom and flexibility in the labour market, not less," says Aske Nydam Guldberg.