In the last 12 months, more than 6 out of 10 IDA members employed in the private sector have been approached by a recruiter or other company. 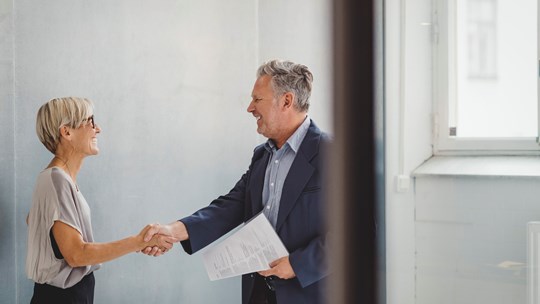 There is a shortage of knowledge workers within IT, technology and science in large parts of the Danish business community. A new survey of more than 17,000 IDA members employed in the private sector shows that 61 per cent of them have been contacted by a recruiter or another company asking them to change jobs during the past 12 months.

The number does not surprise Morten Thiessen, Chairman of the Danish Council of Employees, IDA.

"Unfortunately, the demand of knowledge workers in IT, science and technology is not a new phenomenon. We have been warning for many years about this deficiency, and this severe shortage of engineers is forcing companies to recruit employees from one another. In contrast, this is a time of golden opportunities for our members, but we also know from other studies that this alarming shortness has serious consequences. Lack of knowledge and competence means that some companies have to decline new orders, drop expansion plans or outsource to other countries," says Morten Thiessen.

Research also shows that recruiters are particularly aggressive in the IT, telecommunications, and construction industries. Among IDA-members employed in the IT private sector, 73 per cent have been recruited or contacted over the past 12 months, and in the construction industry, more than 68 per cent of IDA members have experienced a recruitment attempt by a recruiter or another company.

Morten Thiessen understands the need of these companies to hire skilled employees, but he also encourages them to take responsibility and train future generations of engineers, MSc scientists and IT specialists.

"It is a paradox while companies are taking employees from one another, there is a group of graduates who are unemployed for a long period of time before they land their first position. They are the ones graphically depicted in unemployment statistics. More companies should focus more on this group when they need to hire new employees. It is true that they are lacking experience. But, on the other hand, companies will get young creative heads in, with up-to-date knowledge, that they can shape," he says.

"Yet at the same time, we can’t deny that we need to get better to attract and retain foreign specialists in Denmark. And although we fortunately educate more people in STEM disciplines, we can’t meet the companies’ demand alone. That is why we need to become better to retain foreign knowledge workers in the country and become much better at keeping foreign professionals graduated in Denmark, who settled down and would like to stay here. Too many of them are leaving us, even though we need them very much," says Morten Thiessen.

IDA's salary statistics show that 18 per cent of IDA members employed in the private sector changed jobs in 2019 – either within the same company or moved to another company.

Have you been contacted by a head-hunter or another company to change your job within the last 12 months?

Source: IDA. 17,022 members from the private sector have answered.