Green starter packs make sense now and in the future

With the prospect of a gradual reopening of the country, IDA is now contributing to the debate on initiatives that can help mitigate the impact on business and employment due to the corona crisis. This contribution consists of 12 proposals, all with a green agenda. 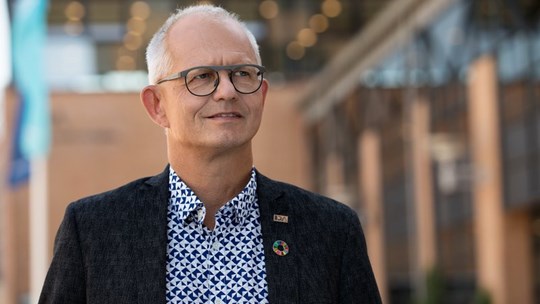 “Nails, screws and a thousand other components are needed for the green transition,” says IDA’s chairman, Thomas Damkjær Petersen.

IDA’s bid for kickstart initiatives is a combination of new proposals and proposals that IDA and other players have already come up with.

“The essence is that our proposals are based on existing political agreements or planned investments, which we suggest are acted upon now. By strengthening and advancing green initiatives, we are embarking on something that we should have pursued anyway, while at the same time promoting business and employment across a broad front,” says IDA’s Chairman, Thomas Damkjær Petersen, and elaborates:

“Although in the catalogue of proposals, we have concentrated on initiatives with a green agenda, they will benefit jobs and the economy in a broad sense. Nails, screws and a thousand other components are needed for the green transition. So, in addition to the companies that specifically work within the field of energy and climate, the proposals will also have an impact on a wide circle of subcontractors to the green industry,” says Thomas Damkjær Petersen.

Although a number of the proposals in IDA’s catalogue are in line with bids from others, some of the proposals go far beyond what is currently on the negotiating tables. Among other things, IDA proposes that the agreed dispensation from the capital cost ceiling for Danish municipalities for construction works for the rest of 2020 should be extended until 2022 when it comes to green investments, such as energy-saving renovations of buildings and plants.

“Unfortunately, no one believes that the economic impact of the corona crisis will be over in a half or a full year, and thus I believe initiatives with a more long-term perspective that make good sense in the long run are also needed. For example, another of our proposals is to expedite the supply of the three offshore wind farms already included in the energy agreement,” says Thomas Damkjær Petersen.

There are also initiatives among IDA’s proposals that so far have not received as much focus in the debate, namely the circular economy sector. Here, IDA recommends strengthened efforts for circular production, and the catalogue points out that the transition to a sustainable society requires new competences in a wide range of areas and at all professional levels.

“That part of our proposal may not end up on the priority agenda, but it is also important to consider, for instance, relevant supplementary training for workers, whether employed or unemployed, because we need the green skills,” Thomas Damkjær Petersen points out.

IDA’s “12 green proposals to strengthen employment and sustainability in Denmark” are now on the way to the professionally relevant spokesmen and committees at Christiansborg as well as to organisations and other stakeholders.

“In this context, I would like to express my deepest recognition of the political teamwork we have seen over the past few weeks with relief packages designed to mitigate the effects of the corona crisis. The broad cooperation is still needed, just as constructive input on how Denmark will proceed. And naturally, IDA is ready to join in this ambition,” says Thomas Damkjær Petersen.