Power from wind turbines and solar cells can be used to produce sustainable fuels, and Denmark has now the opportunity to become a global leader. 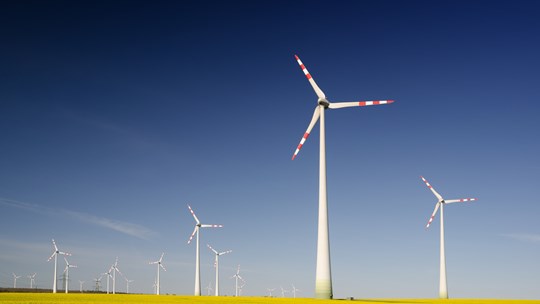 In the future, you will probably be able to fly to Thailand without flight shame or buying carbon offsets from dubious providers.

Many researchers and companies are now convinced that sustainable fuels can become a realistic alternative to fossil fuels within the next decade.

The fuels originate from renewable sources such as wind, water and solar energy: a process that goes under the collective term Power-to-X, in which the X stands for the fuel the originating energy generates.

It can be gases such as hydrogen, ammonia and natural gas or liquid fuel such as methanol that can be used in internal combustion engines with gasoline.

Therefore, you are often talking about synthetic fuels or "liquid fuel".

The process is already possible, but it can’t compete with fossil fuels when it comes to price or quantity – yet.

Danish container shipping giant Maersk Line has the largest fleet in the world and is thus a heavy weight climate sinner. In fact, the private company pollutes as much as all of Denmark.

The challenge is that it is not possible to electrify heavy containerships because the battery becomes so large and heavy that it is not applicable in practice. The same challenge applies to aircraft and other heavy forms of transportation.

The industry is another sector that cannot do without fuels. For instance, many processes, such as cement production, require high temperatures that electricity alone is not enough.

This explains why sustainable fuels are so vital for the climate change plan to be possible.
Maersk itself is focusing on three renewable energy sources; alcohol (methanol and ethanol), biogas and ammonia as part of its strategy to renew its fleet in order to achieve the goal of being CO2 neutral by 2050.

From water vapor to fuel

The fuels we use today, which companies such as Maersk need to phaseout, are composed of carbon and hydrogen, which are produced by refining crude oil. But it is also possible to produce hydrogen by splitting water molecules with an electrolyser supplied with power from sustainable sources such as wind, water and solar energy.

Hydrogen can be burned alone, but it is totally impractical because it takes up a lot of space. On the other hand, it can be combined with nitrogen to produce ammonia or with biogas to make natural gas, both of which are examples of PTG or Power-to-Gas. In addition, hydrogen can be converted into liquid fuel such as methanol by using a carbon source.

The greatest advantage of Power-to-X is that it provides sustainable energy in sectors that cannot be electrified.
In addition, it can solve the main challenge of renewable energy; unstable renewable energy supply compared to oil, coal and gas.

Today, you can be struck with a surprising sight if you drive past a wind farm in strong windy weather: several wind turbines stand still, even if they have optimal conditions for producing power.

One explanation may be that Denmark is connected to its neighbouring countries via a common electricity grid and that power is sold and purchased based on the principle of supply and demand. More windy conditions mean less value for wind energy, and at some point, it costs money to produce power.

Other times, the wind turbines stand still because the wind will not blow solid enough.
However, by storing the energy chemically as fuels during periods when there is an opportunity to produce cheap power, it is possible to ensure a balanced approach to sustainable energy, despite wind conditions or the number of hours of sunshine.

It has been possible to make synthetic fuel for more than 100 years – but the energy source has just been coal or oil instead of renewable energy.

The challenge for Power-to-X technologies is that it is more expensive to produce sustainable fuel than to extract raw materials. At the same time, the coal and oil industries are economically vital to many countries and to a well-developed infrastructure for transport and storage.

Nevertheless, Energinet, which the enterprise responsible for the operation of the transmission grid and the electricity system in Denmark, believes that Power-to-X can become profitable in Denmark by 2030 and Denmark can take a leading role globally.

And although countries such as Germany and the Netherlands also invest massively in Power-to-X, Denmark is uniquely positioned to succeed being the first country to implement it to a greater extent. A position that will allow knowledge and technology to be exported to the rest of the world in the same way as with wind turbine technology.

According to Energinet, Denmark has several advantages due to its geography and infrastructure:
Denmark has a great deal of renewable energy in its electricity grid, and its geographical location offers easy access to wind energy from the North Sea and water energy from our Nordic neighbouring countries.

Denmark has also a well-developed district heating system, a comprehensive gas system where methane and hydrogen can be stored, as well as access to sustainable carbon resources from bio-waste that together with hydrogen can create sustainable fuels.

In addition, Denmark has several favourable cultural characteristics: Denmark has a tradition of cooperation between the state, universities and the private sector, as well as several leading companies in renewable energy.

"We need to phaseout our consumption of fossil fuels in Denmark and in the rest of the world. In Denmark, we have a tradition of cooperating across sectors and in productive constellations of companies, authorities, investors and research institutions. It is essential if we are to exploit the Power-to-X potential and eventually sell solutions to the rest of the world", says Thomas Damkjær Petersen, Chairman of The Danish Society of Engineers (IDA).