There is an average pay gap between male and female IDA members of 4.1% that cannot be explained by differences in education, seniority or sector. This is the result of a new analysis based on the salary statistics for 2018. 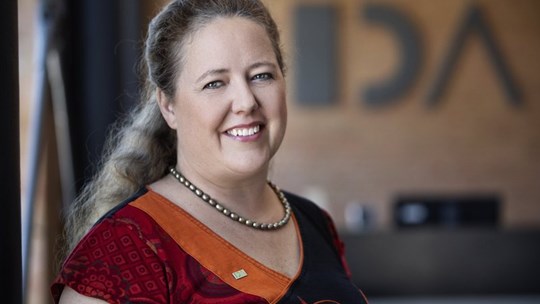 Talking openly about your pay is one way to combat unequal pay according to Juliane Marie Neiiendam, Chairman of the Council of Employees in the Danish Society of Engineers, IDA.

Equal pay is still not a reality in Denmark. This applies to IDA members as well. A new analysis of the gap between women and men employed in the private sector shows that female members on average earn 4.1% less than their male colleagues after adjusting the figures for differences in seniority, educational background and for differences across sectors. These are all of which are factors with great significance for pay levels. The only difference is the distribution of X and Y chromosomes.

"We often kid ourselves that in Denmark we have equal pay for equal work. Unfortunately, this does not hold water. Year after year, we’ve been able to document an unaccountable gender-driven pay difference of around four percent among our members,” says Juliane Marie Neiiendam, Chairman of the Council of Employees in IDA.

She believes that openness about pay is one way to combat the issue of unequal pay.

“The culture at many workplaces is secretive about pay-cheque talk. Sometimes, the management itself encourages a culture in which all talk about pay is taboo. But we also know that many people feel that their pay check is something very personal, and they prefer not to share it with colleagues. At all events, we need to change this culture, because without openness we’ll never get rid of pay discrimination and underpayment,” says Juliane Marie Neiiendam.

She also suggests that many recent female graduates are being far too modest compared with recent male graduate colleagues when they negotiate their first pay-cheque. This means that they already lag behind from the very start of their career. Juliane Marie Neiiendam therefore encourages all members – male and female - to make use of tools such as the IDA salary statistics, the pay calculator and, obviously, the possibility of contacting trade union representatives at the workplace when they are to negotiate their pay.