Every Friday Off: Here employees work less, but more efficiently 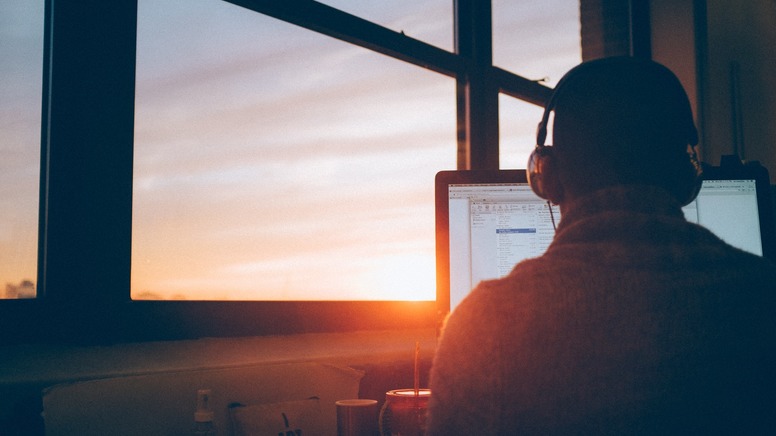 The IT company Abtion can give its employees every Friday off because they stay focused in their work the rest of the week. For senior developer Klaus Even Enevoldsen, the opportunity to geek out is as much a benefit as the extra day off.

He is quiet for a moment before laughing and saying:

"I myself have wondered if I could ever go back to a five-day work week and work the way you do in most other companies."

"Of course I could if I had to, but I'd really prefer to keep working like we do in Abtion," he says, stressing "really".

Klaus Even Enevoldsen is a senior developer at the software company Abtion, which describes itself through a series of key figures on its website:

In an industry where earnings depend on the number of hours billed, Abtion has gone in a different direction than its competitors. Since 2020, all employees have worked 30 hours a week and taken Fridays off - without a pay cut and without affecting the company's earnings.

This is possible because they have structured the working day in a way that eliminates unnecessary distractions, so that employees are in the best possible position to immerse themselves in their work.

All developers work in pairs or groups of pairs to ensure that there are multiple eyes on the same code.

The method is called pair programming and is part of the Extreme programming or XP working method. When pairs work, they do so in pomodoro intervals, which consist of 25 minutes of concentrated work and a 5-minute break. In addition, the day is scheduled so that everyone arrives between 7.30 and 9.00 in the morning and leaves between 15.30 and 17.00 to ensure that everyone is available to each other during the day

"I've never worked in a place where management interfered so much in the way we work. It's a very conscious way of organising work," says Klaus Even Enevoldsen.

The fixed framework of the working day helps to ensure peace of mind, but it also means that Abtion is the least flexible workplace Klaus Even Enevoldsen has worked in, and there is not much room for chatting when the different pairs and groups are immersed in their own pomodoro interval.

"We don't have a lot of chit chat around the coffee machine, where you can hear what everyone else has been up to over the weekend, and some people might miss that. We only have that chat at lunch, but on the other hand we're really good at having Thursday bars before we go away for the weekend, and several people meet up after work for training or to go mountain biking at the weekend."

It is an "artificial currency" to count hours

Pernille Garde Abildgaard is director of the network company Take Back Time, lecturer and consultant. She is currently writing the book Burn the hamster wheel (Brænd Hamsterhjulet), in which she examines a number of Danish companies' attempts to organise work differently - including Abtion's transition to a 4-day working week.

Although companies organise their workflows differently, she believes they all have the same basic goal: to maximise the time employees spend focused on their core tasks. It's an approach she believes many more companies should copy, rather than focusing narrowly on total hours worked.

"Working 37 hours a week in many companies is a relic of industrial society, when it made sense to measure productivity in time because you could equate the hours a worker spent at the assembly line with how much he or she produced."

The companies she has studied in her research for the book Burn the hamster wheel often work with pomodoro intervals and with cutting meeting time to ensure long continuous periods where employees can work deeply on their task - preferably in the morning when the brain is sharpest.

According to Pernille Garde Abildgaard, this is an expression of the fact that "all hours do not carry the same value".

"We've long had the idea that being in the workplace from 8am to 4pm is a success, regardless of whether a large part of the day is spent eating breakfast, chatting over the computer or sitting in long meetings. But it would be better for both the employer and the employees to set aside three or four consecutive hours each day for undisturbed in-depth work and then spend the remaining hours on sparring, meetings and emails."

In Abtion, they try to increase the number of productive hours by making sure that developers are only assigned to one project at a time, as far as possible. As a result, Klaus Even Enevoldsen rarely finds himself switching between different tasks during the day or attending meetings that disturb his focus.

"Unlike many other companies, we don't have internal projects, so we have plenty of opportunity to immerse ourselves in our customer projects. Especially those of us who are specialists usually work completely undisturbed. This was not always the case in my previous jobs, where I often had to drop a task I was concentrating on because I had to finish something else."

When Abtion are mentioned in the media, it has mostly been about their 4-day working week, but if you ask Klaus Even Enevoldsen, the structured working days are at least as important for his job satisfaction as the long weekend.

"I see the way we work as a benefit. We are nerds, and we want to have the opportunity to geek out. I see that both in myself and in my colleagues."

There is no point in squeezing the lemon

The employees interviewed by Pernille Garde Abildgaard for her book Burn the hamster wheel, like Klaus Even Enevoldsen, emphasise that they appreciate being able to work in a concentrated manner during the day more than extra free time, because they experience less stress and greater satisfaction when they reach their tasks before the break.

Pernille Garde Abildgaard is deeply sceptical when talking to managers who intend to introduce tools like the pomodoro intervals without shortening working hours or otherwise rewarding employees for increased productivity.

"These managers typically say they will use the tools to work more effectively, but they will do it five days a week instead of four. But in my experience, employees need to have a share in the productivity increase in order not to fall back into old habits."

"It may also be that employees simply work more efficiently when they have a shorter working week, because they have more time to recover."

Some see shorter working hours as a crisis

Although fewer working hours and more peace and quiet may sound entirely positive, almost all companies experience challenges when introducing the initiatives at first, and the greatest resistance sometimes comes from the employees themselves, explains Pernille Garde Abildgaard, who points out that it takes time to change ingrained habits.

Some employees may also find it a personal crisis to suddenly spend less time at work than they are used to. Either because they are very passionate about their tasks or because they don't know what to do with their free time, as a young assistant lawyer tells us in Burn the hamster wheel, after his workplace has introduced a half-day off every Friday.

"On my first half-day off, I went home and watched TV. And I was actually a bit bored and would rather just sit in the office and do some pseudo work and get off at 4pm."

For senior developer Klaus Even Enevoldsen, however, getting used to an extra day off hasn't been difficult.

"It means we have Fridays to get to the hairdresser, dentist, car mechanic, or whatever, so family life can fit together better. It's a real relief to have Fridays to do the practical things with a clear conscience, and it means people don't have to do private things in the middle of the day on the other days of the week," he explains.