Corona status: Is a second wave of notices on its way?

As corona bailouts and the summer both come to an end, a dreaded second wave of notices looms on the horizon. But when it comes to new employments, the situation actually looks positive, IDA’s head of legal counselling explains. 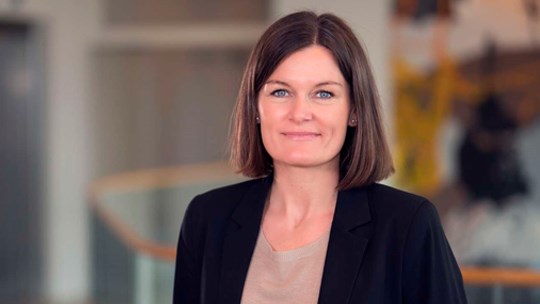 Head of legal counselling at IDA, Rikke Feldtmann Fenger, takes a worried look the development of given notices this autumn. With the phasing out of government bailouts, the summer has really come to an end.

In the gloomiest scenario, the phasing out of the pay compensation scheme from 1 September represents the start of a second wave of notices. The first wave hit Denmark in March and April, when the general unemployment rate increased by more than 50.000 people.

Although the increase in the amount of notices has affected IDA members less than other professional groups, we have seen a doubling of the number of notices among our members, the head of legal counselling at IDA says.

“We are not surprised by this development. In July and August we’ve continued to see a doubling of the number of notices compared to the same period before corona, “ Rikke Feldtmann Fenger says.

That is why she looks towards the remainder of the autumn with worry.

“It is still unknown what significance the phasing out of bailouts will have for IDA’s members. So far, we have yet to see a large effect. But we remain expectant in terms of large bankruptcies and major rounds of layoffs. We have already seen mass layoffs and a few bankruptcies, either as direct or derived consequences of corona,” she says.

No bottleneck in the job market

One thing is notices. Another is employment. And when it comes to employments, Rikke Feldtmann Fenger is more optimistic on behalf of IDA members.

“We feared that there would be very few new employments. But this has not been the case. Instead, the number of new contracts right now corresponds to that of the same period last year. So for IDA’s members, there is not bottleneck in the job market,” she says.

IDA’s legal counselling department receive very few inquiries about particular conditions related to the corona pandemic. This does not mean that our members are unaffected. It just suggests that the face of corona has changed into something more familiar to us, Rikke Feldtmann Fenger explains.

“Our general impression is that businesses took a break this summer regarding intervening measures like mandating accrued holidays or flex time when employees are sent home, and provisional agreements of cuts to salary and working hours. We saw many of those in the spring.”

Reach out to IDA early

This does not mean that the uncertain times are over. That is why Rikke Feldtmann Fenger recommends IDA’s members to contact the legal counselling service, even if this seems like a quiet moment in time.

It is important to be prepared for the consequences if we are looking at mass layoffs, cuts, or new agreements to cut down working hours and pay. Reach out to us sooner rather than later,” she says.

“If you are organised at your place of work, employee group or academic club, you are well positioned. That way, you have a way to address the management, which you can use even now to enter into dialogue and listen to how to best work together to avoid ending up in a bad place,” Rikke Feldtmann says and adds:

“And if you’re not yet organised, now is a good time for it.”