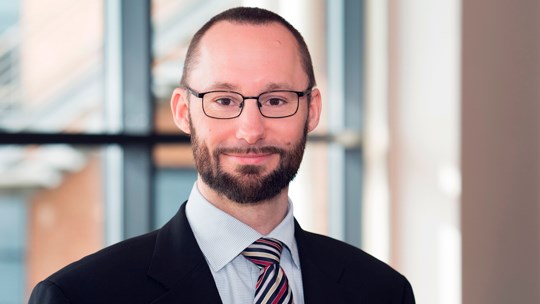 The last few months are similar to what we would expect during an economic boom, says IDA’s Chief economist, Martin Kyed.

In December we saw an unexpectedly high number of new job postings for IDA’s members, and with that 2020 ended better than expected. One area in particular stands out, IDA’s Chief economist says.

Contrary to our expectations just months ago, we are now seeing an abundance of job postings in the industries in which our members typically find employment.

Compared with 2019, December has been a true Christmas present for the labour market, Chief economist at IDA, Martin Kyed, says.

“Overall, the situation has played our far more positively than we expected back in the spring. The number of job postings in the STEM job market landed in 2020 at just 4% under the 2019 level, despite a spring full of lockdowns and insecurity,” Martin Kyed says. STEM refers to the fields of science, technology, engineering, and mathematics.

He thinks that the positive development in December looks like one we might see in times of economic growth.

“It says a great deal about the level of optimism that businesses have kept posting new jobs to the market.”

In the three overall categories IDA’s members can be divided into, the IT field has had 33 per cent more job postings in December 2020 compared to the same month in 2019. Technology has had a 54 per cent rise and science a 43 per cent rise. In comparison, the remaining sectors of the labour market have “only” had a 12 per cent increase compared to the December 2019 level.

“It says a great deal about the level of optimism that businesses have kept posting new jobs to the market. In a time when businesses face a high level of uncertainty, I am surprised to see that many have decided to expand their employee force to such an extent,” he says.

Does that mean that everything is positive? Not quite.

A lot depends on the rollout of vaccines in Denmark and the rest of the world. And Martin Kyed also pays special attention to two areas, from an IDA perspective: Graduate unemployment and export figures.

With a global epidemic and economic crisis, we may not have seen the full effect of corona on our export yet. About a sixth of the Danish export disappeared for a couple of months around the first wave, but that share has slowly returned.

“We have yet to see really strong export figures. Although the development is moving in the right direction, we are still around 7-8 per cent below the 2019 figures. Industry, raw material extraction, and supply have been particularly afflicted, and that has had consequences for our IT and technology segment,” Martin Kyed explains.

The unfortunate class of 2020

Corona has also had consequences for the IDA-members who finished their education in 2020.

“When I say that the latest numbers look like a Christmas present, I’m actually mostly thinking of those who are at the edge of the job market and need that push.”

In July especially, the new graduates were affected by corona. And despite the overall positive development, we still need to see that group recover the lost ground.

“We might fear that the class of 2020 will figure at a higher unemployment rate than other year groups. Luckily, it looks like the negative effects have stopped, and we are not looking at a lost generation at all. But of course, we should look at the risks for individuals,” Martin Kyed says.

“What I’m hoping for now, where we have a level of job postings far above the average, is that the unemployed graduates will quickly be absorbed by the job market. So when I say that the latest numbers look like a Christmas present, I’m actually mostly thinking of those who are at the edge of the job market and need that push.”

Many new contracts for IDA-members

It is on her and her colleagues desks that IDA-members’ contract and termination cases end up. In the spring she feared a wave of bankruptcies and mass terminations when many of the financial bailout packages ended, but that has not been the case.

“We are in no way seeing a blockage in the labour market. Yes, we have more terminations than usual, but we also have more new contracts from members who have found new jobs. Furthermore, the numbers more or less follow the normal labour market curve. So we wont get any sudden swings as a result of restrictions or the bailouts expiring, as we had otherwise feared,” says Rikke Feldtmann Fenger, who is a solicitor.

However, she emphasises that she is far from confident that the storm has blown over. There is far too much uncertainty connected with the development of the corona pandemic for that.

“All in all, the inquiries we receive look a lot like the ones we received before corona. We saw a boom of specific inquiries during the first lockdown. We are not seeing that now. But we cannot help but worrying about the members who do not call us. We have gained so much experience from the spring, but it seems that there isn’t really a high demand for it,” she says.

IDA always encourages our members to call or write to us if they experience challenges. You can contact our legal counsellors here or reach them by phone on 33 18 48 48.